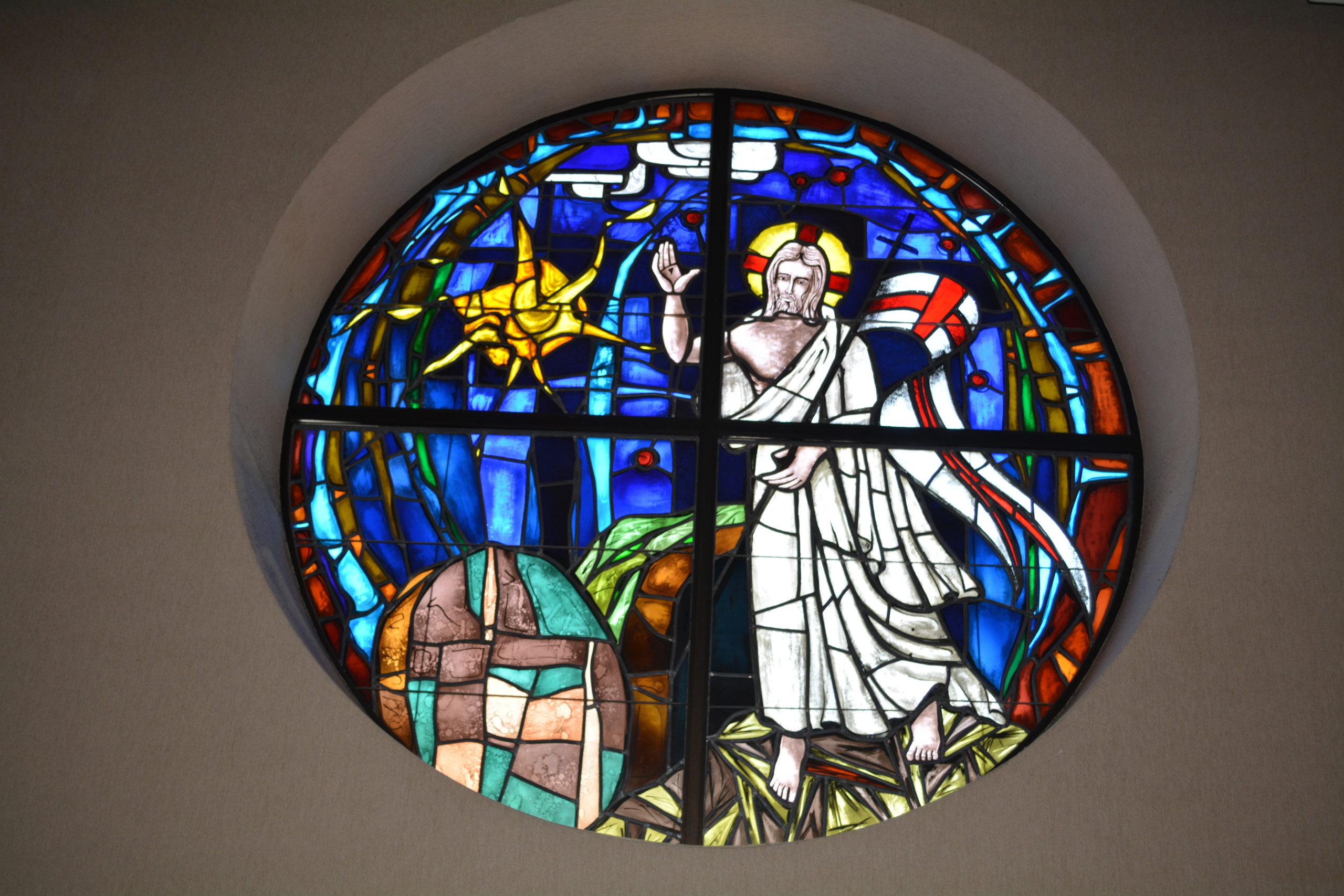 A few years ago I had the pleasure of teaming with a rabbi and visiting an assisted living facility to share about the meaning of Passover and Easter. As the rabbi began to tell the story of Passover when God’s people were freed from slavery, one of the elderly residents began to play Passover tunes on the piano.  It was a nice background to the presentation. The story of Passover was a natural lead in to my discourse on Easter, since the Christian story begins with Jesus’ last Passover supper with his disciples.

But all too soon, Jesus is arrested after the meal, put on trial, abused, and eventually sentenced to death by the Romans who torture him to death by crucifying him. As I begin to unfold this turn of events, the pianist begins to accompany my presentation too. Unfortunately he didn’t know the traditional Christian music that accompanies our prayers during the holy days which commemorate the death and resurrection of Jesus. He started playing the one “Easter song” he knew: Irving Berlin’s Easter Parade.

The incongruity between the betrayal and death of Jesus and the happy Easter-bonnet song was disconcerting to say the least.  I fumbled for words which thanked the pianist for his efforts but invited a time of silence as I continued the Easter narrative.

That experience led me to believe that unless one was raised in a Christian household, one might be under the impression that Easter was about dressing up in fancy hats, looking for eggs, having one’s picture taken with a large bunny, and eating various chocolate confections. And no wonder: I’ve never seen an ad that references Jesus when it comes to Easter. And I’m not proposing that we “use” Jesus to sell anything in the future. It’s just that what happened that first Easter can easily get obscured – even among Christian children – by the festive trappings that have more to do with Spring than with salvation.

So let me focus on one aspect of the first Easter that continues to baffle many. When Jesus’ enemies came to arrest him on Passover night as he was praying in the Garden of Gethsemane, he could have easily climbed the wall and headed into the desert to live another day. He and his disciples could have regrouped and he could have continued his teachings. So why did he stay?

So many of Jesus’ teachings helped people to get beyond the popular notion that God was “keeping score” and rewarding or punishing people based on how faithful they were to following the commandments. Jesus considered God his father and he had intimate knowledge of God’s actual attitudes toward his creatures. God was about mercy, love, forgiveness and parental care, not a divine warden looking to catch people in sin. Jesus spoke the message of God’s love and forgiveness over and over again. Well it’s one thing to talk about forgiveness, it’s something quite else to actually forgive. And the worst sin people could do would be to kill God’s son.

If God really threw Adam and Eve out of the Garden of Eden for eating a forbidden piece of fruit, what would God do now that his son was being murdered? Would not this spell the end of humanity? Wouldn’t God’s punishment be so great as to damn everyone forever?

Yet Jesus speaks these words while dying: “Father forgive them, they know not what they do.” Now I don’t want to contradict Jesus but I suspect they did know what they were doing. His friends who ran away knew he was innocent of any crime that called for crucifixion. The Romans who killed him likewise knew he was not deserving of this death. But they went ahead anyway. They knew what they were doing.

So why did Jesus pray these words? I have two insights into this. First, his call for forgiveness proved that his teachings were right all along. His words weren’t just some comforting fantasy. God was – and is – indeed full of mercy. And second, Jesus was not going to let those who betrayed him and those who were killing him turn him into a bitter man in his last hours. He was in charge of his own destiny, even though it looked like was a victim.

The lesson for us is to try to copy that. Be merciful to others. Don’t let others’ bad behavior twist us to be bitter and hateful.

Easter then leads to God’s vindication of Jesus. After his death, Jesus’s body was placed in a tomb. But then Jesus is raised to life again. And just as Jesus’ forgiving attitude reveals what God is about, so too Christians believe that the resurrection of Jesus is the revelation of what God does for each of us when we die. We too are made for resurrection and eternal life.

Easter bonnets, bunnies, chocolates and egg hunts never show up in this narrative. But there’s no harm in finding different ways to laugh, to be filled with joy, to celebrate new life as the Feast of Easter comes around each year. As long as we don’t lose sight of forgiveness and mercy and the promise of eternal life