Holocaust survivors are disappearing. Seventy-five years after the Auschwitz-Birkenau death camp was liberated, the COVID-19 pandemic is bringing back too many familiar memories.

Days after each concentration camp was individually liberated throughout Europe, a pandemic of its own took place. Tuberculosis spread rapidly throughout camps, which turned into displaced persons camps after World War II. Early and often, people who survived the brutality of the Nazi regime were not able to fight off this vicious disease.
Many were sent to Switzerland, where health care could be provided to all for free. Other former prisoners had a different fate, unfortunately.

Seventy-five years later, survivors of the Shoah in Hebrew are fighting off a different pandemic. Auschwitz, specifically, had a massive outbreak of tuberculosis, which increased due to starvation, dehydration, boils, rashes, abscesses, exposure to feces and plenty of other disturbing conditions.

The COVID-19 pandemic, though, is different. It often targets the elderly, which falls right in the tracks of Holocaust survivors, who are approximately between 75 and 100 years old.

Among some of the victims are one of Belgium’s last Holocaust survivors, Henri Kichka; New Jersey’s Margit Buchhalter Feldman; Huntington’s Gerda Garbatzky; and Queens’ Klara Weisz. These are not merely a list of names. These are tragic loses that represent the beginning of the end of first-person recollections of the horrors of World War II.

Helen Turner, the director of education at the Holocaust Memorial and Tolerance Center of Nassau County (HMTC) in Glen Cove, said the pandemic has created an increase of post traumatic stress disorder (PTSD), reminding survivors of their time in the camps.

Fortunately, only one of the roughly 22 Holocaust survivors that the HMTC works with was diagnosed with COVID-19 and did survive. And the organization is grateful that its group of survivors can continue to share their stories.

But if there’s a second wave of the coronavirus in the fall, which many have predicted, it could harm the lives of those who have the important task of telling their Holocaust survival stories.

“They are our witnesses,” Turner said. “They are our most valuable members when it comes to talking about Holocaust memories. To lose someone before their time is devastating to our community.”

The survivors that the Museum of Jewish Heritage in New York City works with have also remained alive through the pandemic, museum president Jack Kliger said, though several have been diagnosed with COVID-19 at one point or another. Kliger said having living Holocaust survivors is crucial to helping people understand the magnitude of the atrocities the Jewish people suffered under the Nazis, and that spreading their message before they’re all gone is a sort of “race against the clock” for many organizations. But coronavirus or no coronavirus, the day when the Holocaust passed from living experience is coming, so the museum tries to focus on not only record the testimony of survivors, but passing it down to the next generation.

“It’s important not only that we record as much testimony and as much history as possible, but we also need to engage with the children and grandchildren of survivors,” Kliger said. “They become the witnesses in the future. If you meet a witness, you become a witness, so we have a duel mission. One is to memorialize and have testimonies in an oral form, but we are running out of runway here. It’s not a far shore.”

While that day lurks somewhere in the future, Kliger also said it’s important to focus on the extent to which Holocaust survivors have already succeeded in passing on their memories and strengthening their people.

“It’s an amazing thing to know that this generation has done its job to rebuild the Jewish people,” Kliger said. “When you think about the fact that there were 9.5 million Jews in Europe and only 3 million at the end, the population of Jews around the world is almost where it was before the world started. You have to really admire what the survivors did. They survived, and also they renewed.”

To Kliger, it’s the grandchildren of survivors that are going to prove to be the crucial generation in keeping their testimonies alive into the future.

“The third generation, the grandchildren of survivors, will be the last generation effectively that really knew survivors,” Kliger said. “They’re going to be the witnesses and the storytellers and the people who carry forth that message. It’s really their turn to fulfill what is not only an honor but a responsibility to keep history alive and to never forget.”

While the constant threat of losing first-person accounts of the Holocaust remain very real, those who can are still telling their stories. They are determined to educate the world and, most of all, make sure that the slogan “Never Again” never does happen again. 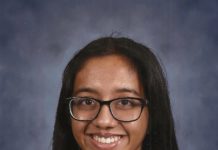 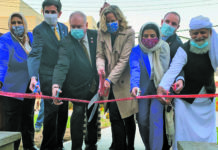 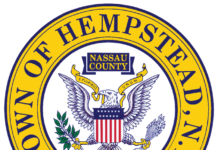