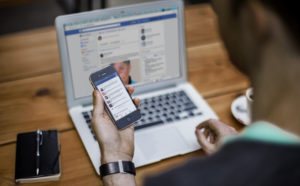 In a world full of negativity and rather scary news, a group of Levittowners are trying to spread some positivity. For more than two years, the Levittown Angels group on Facebook has been inspiring the community in not just Levittown, but all of Nassau County.

Levittown Angels started with a trio of dedicated civilians, aiming to make a difference. The group is meant to lend a hand at a time of need, or even a prayer. But the background as to how this group started is one that can’t help but put a smile on people’s faces.

“We had an elderly gentleman in the neighborhood who got snowed in,” Joe Fradella, co-founder of the group, said. “We arranged to get him dug out. A couple of us went to the supermarket and got him food. We wanted to do something more than just looking out for this one gentleman.”

Soon after, Fradella, Debbi Chase and Dr. Kimberly O’Connor, started the Levittown Angels, determined to help the community at large. They wanted to “go a little bit further.” But it turns that out that “a little” became quite a lot.

Each day, there are a dozen or so posts from either the administrators or community members, requesting thoughts and prayers, sharing beautiful work done in the community or asking for help.

“We’re getting the message out to people and they’re following our lead that it’s not just about looking out for you and your family, but you have to look out for your neighbors,” Fradella said.

Marina Fazzalari, who is a member of the group, explained how much she has been impacted by the kindness of random strangers.

“I was going through a difficult financial time, health and spirit wise and I was very depressed,” Fazzalari said. “This group helped me and my family with clothes for my son that he is using today. It was a tremendous help. I was so worried how I was going to dress him, especially for the winter time. During this time, Joe made sure I always kept my head up. When you are alone and no family is around, there’s no family you can’t count on and the house seems so quiet, where the silence is louder than the noise, to have such support as what they did, had a huge impact in my life and health, as well as my son’s. There is tremendous value of having such a community of people full of solidarity, humanity and love, where they give without wanting to receive. It absolutely fulfills my spirit.”

But Fradella doesn’t believe these are random strangers. This is a group of people who have been looking for ways to help others, and now they have the platform to do so.

“It proves that you can get a message out to thousands,” Fradella said. “The group has more than 1,300 people in it. One person can create change.”

The community was already there, not just in Levittown, but all of Nassau County.
Now is the time to lend a hand to those in need, and Fradella said the group is open for additional members.

Fradella will continue to spread the love in memory of his younger brother Keith, who died two years ago. He was a giving man, who defined the term “positivity.”

“I’ve always tried to help people,” Fradella said. “But when we lost my brother, it kicked me into gear. I wanted to do what he did on the daily.”

To join the group, head over to Facebook.com and search “Levittown Angels.”