Wantagh High School’s Matt Rogers is heading to the U.S. Naval Academy in Annapolis, MD. But before he heads to college, he has plenty more to accomplish with the Warriors.
The senior wrestler joined the varsity squad in the eighth grade, and he’s excelled on the mat ever since. This season, he’s 25-2 on the mat, competing in the 182-pound category.

Rogers, a two-time All-State wrestler and two-time Nassau County champion, spoke with the Tribune to discuss his career thus far and what the future has in store for him.

Q: How did you get into wrestling?
A: My dad was a wrestling coach. He really got me into the sport when he introduced it to me. I fell in love with it.

Q: How do you feel you’ve grown over time when it comes to wrestling?
A: I love watching college wrestling, and I just spend so much time watching wrestling. When I was younger, I used to go to all of the high school matches to watch them. I feel like watching older wrestlers really helped me.

Q: What goes through your mind before a match?
A: You just have to go out there with the right mentality. I’m going to go out there and beat this guy. It doesn’t matter who he is.

Q: What are some of the skills that make you stand out?
A: I feel like I work harder than others. I’m always in the gym or I’m wrestling. I feel like I’m one of the hardest-working wrestlers in the state. I spend three to four hours a day wrestling.

Q: How do you manage your wrestling schedule with school?
A: My dad and I plan out a week ahead. We figure out where I’m going to be, how many hours I can dedicate to homework. Sometimes, I just have exactly enough time to get everything done.

Q: What does it mean to you to have so much success?
A: It’s awesome. I’m looking forward to competing in college because of it. I’m going to the Naval Academy and I’m beyond thrilled to go there.

Q: What makes you want to attend the Naval Academy and not another institution?
A: The coaching staff is so welcoming. It just felt like home. All of the people welcomed me to the family right away. There’s some other Long Island guys going there, too.

Q: What does being named to the All-State team multiple times mean to you?
A: It’s a great accomplishment. But I want to win the state title and I still haven’t done that. I hope to do that this year. I feel like I’ve done the right work this year and I can definitely win states. 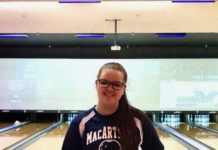 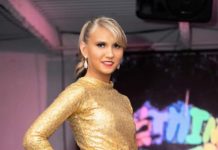