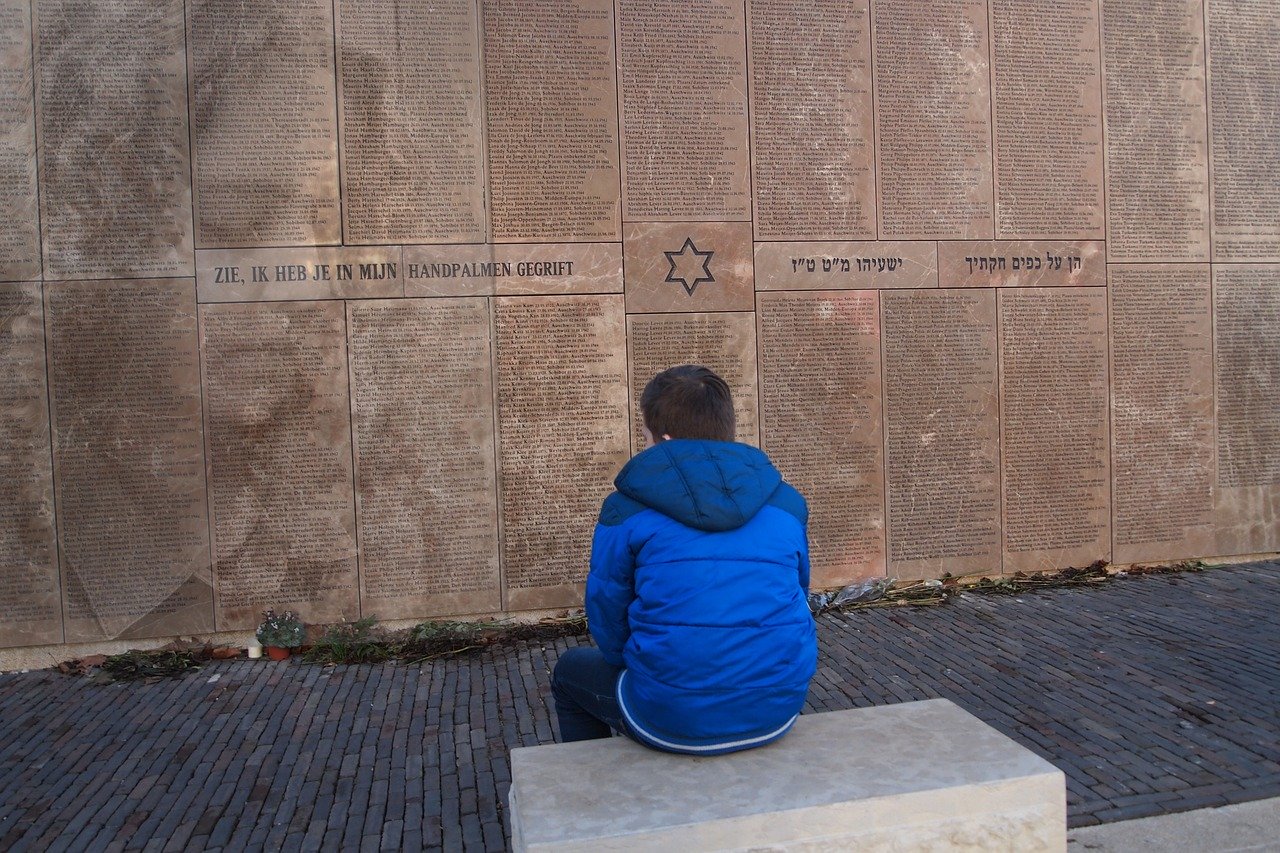 How is your campaign against anti-Semitism going? Of course I’m presuming everyone has such a campaign. Some people might not, since they think, “Well I haven’t been hitting or spitting on Jews in Brooklyn” or “I have never spray painted a swastika anywhere.” And indeed that is a good thing. But not enough.

Imagine your child or grandchild was being picked on for some characteristic in his/her life. It could be religion. Or weight. Or height. Or skin color. Or accent. Or academic or athletic ability (or lack thereof). Would it be enough to say, “Well, I don’t deride my child or grandchild for these things.”? Time and again I see parents writing on social media in defense of their children, protesting whatever hurtful things were said to them.

It’s not enough to be quiet, and every parent knows that. For those of us who believe that we are all children of God, we can be sure that God does not want to be silent when God’s children are assaulted physically or verbally. But God is not known for rending the heavens open and targeting offenders with lightning bolts.

So who speaks for God? I believe God emboldens each of us to speak out against prejudice directed toward any of our brothers or sisters. It’s true that within families some sibling pick on each other, but with parental guidance and growth in maturity, the rivalries melt into mutual affection. No one will mess with my brother or sister without my standing up for them.

When we saw recent stories of nearby anti-Semitic behavior, and whenever we hear any kind of prejudicial speech, are we not upset enough to counter these words and actions with more just and caring words and actions of our own? Silence is not enough.

I’m reminded of the Luther Pastor Martin Niemöller’s speech (different versions exist) who wrote against the Nazi’s in Germany:
“They came first for the Communists,
But I didn’t speak up because I wasn’t a Communist.

Then they came for the Jews,
and I didn’t speak up because I wasn’t a Jew.

Then they came for the Catholics,
and I didn’t speak up because I was a Protestant.

Then they came for me,
and by that time no one was left to speak up.”

This version of the speech is found on the New England Holocaust Memorial on Boston’s Freedom Trail and is a powerful reminder that voicing our opposition to hateful speech and actions is self-preserving as well as the right thing to do in protecting our brothers and sisters who are somehow distinct from us.

So what can propel us to being vocal advocates for the unity spoken of in the Pledge of Allegiance (“one nation under God”)? Perhaps the words of Pope Francis in his annual World Day of Peace Message might help: “The world does not need empty words but convinced witnesses, peacemakers who are open to a dialogue that rejects exclusion or manipulation. In fact, we cannot truly achieve peace without a convinced dialogue between men and women who seek the truth beyond ideologies and differing opinions. Peace “must be built up continually;  it is a journey made together in constant pursuit of the common good, truthfulness and respect for law. Listening to one another can lead to mutual understanding and esteem, and even to seeing in an enemy the face of a brother or sister.”

Thus a step in your campaign against anti-Semitism, and all prejudice, can begin with more listening. Try it!