Emily Gillis, a senior varsity basketball player on the Division Avenue High School Lady Dragons team, recently accomplished an enormous feat, joining the exclusive 1,000-point scoring club during a game against Wheatley High School. She joins her sister Madison Gillis, a 2019 graduate, who was only the second Lady Dragon to reach the 1,000-point milestone in the school’s history. Noreen Duffy, from the Class of 1996, was the first.

“She motivates me to do better because I want to be better than her,” Emily, a shooting guard, told the Tribune in December. “I want to have bragging rights at home. She’s such an accomplished player, so I strive to be like her and better.”

Gillis hit her 1,000th point with the first basket of the game. She helped Division Avenue High School beat Wheatley High School, 44-28, scoring 13 points with 12 rebounds during the game.

“Besides being a great player, Emily has been an outstanding leader to our younger players,” head coach Steve Robins said.

Gillis was on the All-Conference team in her freshman year. Within a year, she became an All-County honorable mention player before being named to the All-County team as a junior.

“I’ve been working towards this goal since the eighth grade,” she said. “It’s me beating her now. She set the record so high that it’ll feel even better to know that our hard work paid off. Our time in the gym paid off.”

She also plays varsity soccer and lacrosse for the Blue Dragons, making her presence known in all three sports, excelling in each.

Next up, she will play NCAA basketball at Gardner-Webb University in North Carolina. Even though it’s quite the trip down south, she’s optimistic about the future. 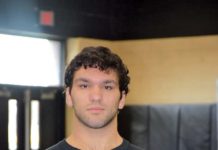 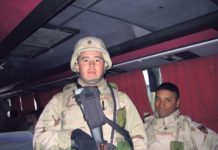