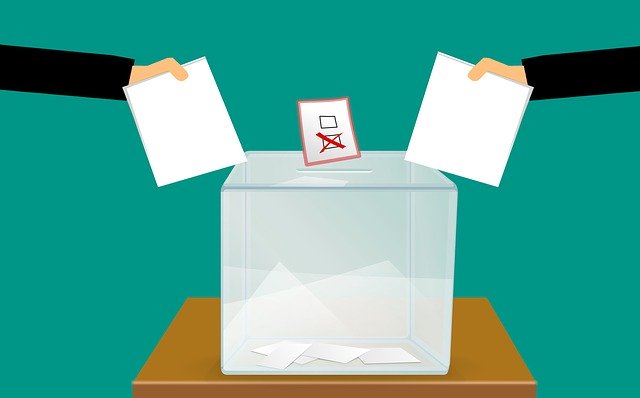 Election Day has come and gone and I offer prayers for both those who will now finish their term and those who were elected or re-elected. To those elected: the people of our community have put our future in your hands and we expect that you’ll serve the needs of the community to the best of your ability.

The question is, can you do that together with people of a different party? I was recently at a sporting event where some of my favorite politicians addressed the children and their parents. Most spoke of the value of teamwork and cooperation. Yet it was clear that those from one party stood at a respectable distance from their colleagues of a different party. Perhaps they were demonstrating to the crowd that they were on different and competing teams. Yet as I looked out at the crowd, I saw kids in different colored uniforms standing next to each other. Yes, they too were on opposite teams, but their love for the same sport brought them together side by side.

So perhaps instead of politicians trying to teach kids about teamwork and cooperation, maybe they could learn from the example of the kids. In this case love — not of a sport, but of a community — might allow elected public servants to serve together. Instead of posturing to deny another party credit for making some improvement, why not give credit where credit is due, or even better, join in on making the improvement, thereby sharing the credit?

Years ago it was said of the rival parties in Washington, that at the end of the day, senators and representatives from across the aisle would head out to a local bar or restaurant together and in the course of an evening do the people’s business by offering some compromise or coming up with new solutions together. These days it is said that it is rare that politicians from competing parties would dine or drink together.

One of the meaningful things for me as a pastor is that all are welcome to worship together, regardless of party affiliation. And I have the hope that those who pray to the same God might work together. I once served in a place where rival gang members showed up each week for Mass. At the time of the Lord’s Prayer, they joined hands in unity. And we never worried that trouble would brew once they left the church. Though they still maintained affiliation with their respective groups, praying together offered a higher form of unity that prevailed between Sundays.

Of course a healthy dialogue about different solutions to different community challenges is a good thing. A fair fight is also appropriate at times, just as it is in families. So let me close with some of the “rules for fighting” that I teach the families in my parish:
(1) Stick to the topic — don’t drag out prior issues or other distractions.
(2) Don’t be mean and insulting. When you start calling names, it is a sign that you are actually losing the fight.
(3) The goal of a fair fight isn’t to make a loser. The goal of fighting is to have your point of view heard and encourage the other person to change his or her mind.

My respect for the hard work our politicians do increases when I see them thanking and complimenting members of the other party and when they work together for the common good. Fresh from this year’s election I encourage them: “Make us proud!”