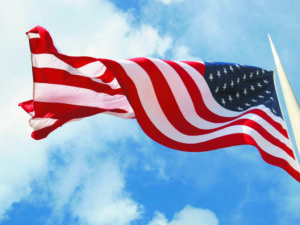 It’s an American tradition to gas up the electorate before its time to hit the polls. Get out the vote efforts, as they’re called, make a lot of sense in this democratic climate, since Americans generally show up to the polls at rates far below their contemporaries in democracies across the globe. According to the nonprofit Election Guide, voter turnout in national elections in the U.S. has averaged 51.46 percent of the population since 1998. In the United Kingdom, that number is 62.23 percent. In Mongolia, it’s 72.88 percent.

The charioteers of the pundit class usually chalk that disparity up to some combination of laziness and apathy, but they’re wrong. In fact, nearly all the discussion you’ll hear about turnout every four years misses one crucial point:

Every country that really cares about building a representative democracy either makes Election Day a holiday or puts it on a weekend. Heck, even the ones that don’t care usually get that right as a matter of etiquette.

Putting Election Day in the middle of a Tuesday all but guarantees many potential voters will be unable to make time in their busy schedules to cast a ballot. A smaller electorate is more easily controlled—more easily duped. It serves the powers that be, regardless of party, to keep it that way. That’s why so many states do things like pass restrictive voter ID laws and deny suffrage to convicted felons.

Sure, the voting age is 18, but most young people spend their Tuesdays either in school or working, while the demographics of people with the time to vote in the middle of a workday in November tend to skew much older. It’s no coincidence that social security and Medicare make up a massive portion of the federal budget, while education spending fails to register on most pie charts. When the system is rigged, the spoils go to the victor.

Blame the youth and the working class all you want for not showing up at the polls, but understand that you’re throwing stones from the ramparts of a busted system. Issues like gerrymandering, suffrage and ease of access to polls will take years of dedicated work to solve, but making Election Day a holiday, or at least putting it on a weekend, would be as easy as signing an executive order.

Instead of just paying lip service to how important voting is to a functioning democracy, it’s time for politicians to back up their rhetoric with action.

Agree? Disagree? We’d love to hear from you! Send a letter to the editor to kdijkstra@antonmediagroup.com.