From an early age, Nick Teresky knew he could be a leader.

His leadership at Wantagh High School is well-known, and it’s hard to miss his impact on the football field. The Warriors wouldn’t be heading into the Nassau County playoffs with a chip on their shoulders if it weren’t for him.

“My job as a senior captain is to be a leader on and off the field,” Teresky said. “I know when I was an underclassman, I looked up to all of the senior and captains. I try to be a role model to them. With good leadership on the field and bringing energy to every play, we can keep things going.”

Teresky is a running back for the Warriors, rushing for more than 500 yards and seven touchdowns through the first six games. Largely thanks to his ability to slide through an opposing defense, the team is considered a threat to win the county title.

“My biggest goal is to win a county championship,” he said. “I think it’s definitely doable.”

The senior star is one of the most versatile athletes Wantagh has seen. He not only plays on the varsity football team, but also shines bright with the school’s basketball and lacrosse teams.

As Teresky wraps up his last few months at Wantagh, he’s preparing to compete in Division I men’s lacrosse. He’s already committed to play for the Rutgers Scarlet Knights, set to be part of the Class of 2024. It’s no surprise considering he scored an impressive 34 goals with 12 assists last year.

“I’m used to taking hit-after-hit in football,” Teresky said. “Lacrosse is a contact sport, but not nearly as much, so that transfers over.”

The physicality of being a running back will also pay off for the young star. Since that position usually means suffering from major blows, Teresky is prepared to be on his A-game come time for his Division I debut.

One thing is for sure: He isn’t leaving Wantagh without inspiring his teammates.

“It’s definitely a good feeling, knowing people respect you and listen to you,” he said. “In order to have respect of the players, you need to bringing it all for every play. If they see you slacking off, they’re going to think it’s OK, too.” 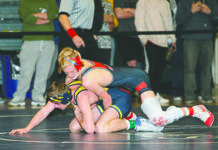 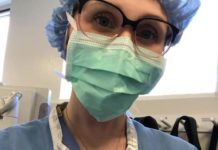