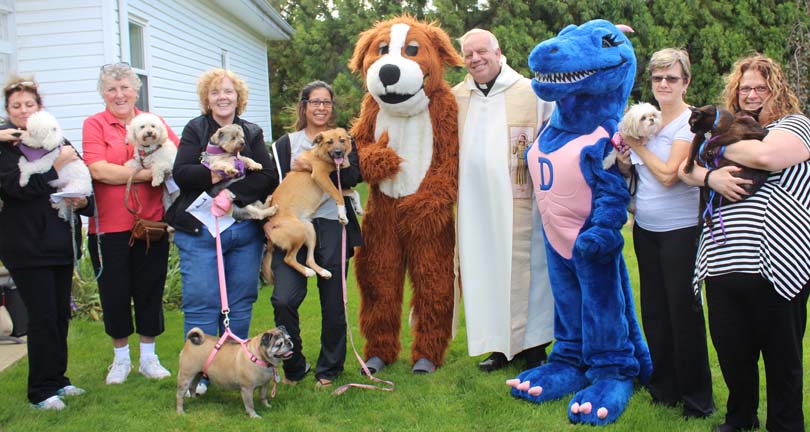 Every Oct. 4, Saint Bernard’s and countless other Christian churches celebrate the Feast of Saint Francis of Assisi with a ceremony in which we ask God to bless animals. Did you ever wonder why? The blessing of animals has become an annual custom in the church, as a way to remember the love that St. Francis of Assisi had for creation.

Francis was born in Assisi, Italy in 1182 to wealthy parents. His dad was in the silk trade. By 1201 he was a young man of the world and was headed off for adventure as he was about to become a soldier in the fourth crusade. But he was captured and held prisoner for a year and during that time had a spiritual experience which led him to return home. There he experienced an inspiration from God to “rebuild the church.” At first he thought it was a call to physically repair a rundown church building, but he soon realized God had bigger things in store—that is, he was to rebuild the way the church ministered to the poor. He renounced his family’s wealth and devoted the rest of his life to preaching and taking care of the poor.

A few years ago I had the privilege of visiting Assisi and some of the other areas that Francis frequented. The mountain views were stunning. No wonder he had a profound love of and respect for creation! Francis believed that nature itself was the mirror of God. He called all creatures his “brothers” and “sisters”, and even preached to the birds and a tale is told of how he persuaded a wolf to stop attacking some locals if they agreed to feed it. In his Canticle of the Sun he mentions “Brother Sun” and “Sister Moon”, the wind and water, and “Sister Death.”

While he gets a lot of attention these days for his love of animals, it was his love of the sick and the poor which was a hallmark of his life. He took care of lepers (a very dangerous ministry as it was easy to contract such a communicable disease), he fed hungry people, and he built up a group of like-minded followers who went about helping, healing and feeding. The Franciscan Order exists to this day and our current pope chose Francis as his “pope-name” as a sign of his desire to lead the church to a deeper care for the environment and for the poor.

When people bring their pets to be blessed, several things are happening at once. They are recognizing and giving praise to God who gives us all life. They are showing their affection for the creatures in their care. They are affirming their faith that God watches over us and guides us. They renew their sense of reverence not only for God and the animals created by God, but they also recommit themselves to be gentle to other people—even those they struggle with.

All are invited to bring their pets for the blessing of the animals at Saint Bernard’s on Friday, October 4th at 4pm.

Perhaps the most famous writing from St. Francis which has touched and inspired many generations is this prayer:

O divine Master, grant that I may not so much seek
to be consoled as to console,
to be understood as to understand,
to be loved as to love. 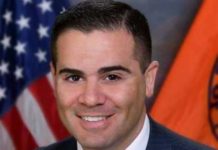