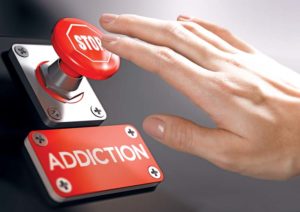 Dozens of people throughout Levittown, starting with the Levittown Community Action Coalition (LCAC), have dedicated hours of their time to saving lives. The group of Levittowners want to make a difference, and it starts with the youth.

“Three years ago, the school district contacted the task force and asked if we could help them get it up off the ground and make it community based,” Corinne Alba, director of prevention and outreach at the Youth Environmental Services (YES) Community Counseling Center in Levittown, said. “They realized they could do what they needed to do in the school, but without the community and parent involvement it wasn’t really making changes that were measurable.”

The Levittown Public Schools and Island Trees School District are dedicated to stopping the opioid crisis. The administrations and social workers, along with the school districts, have created a youth subcommittee, which has about 30 kids that are involved in the subcommittee in both districts. They meet on a monthly basis, working to spread the message of how dangerous various drugs can be.

“We do a lot of work educating children from kindergarten to 12th grade,” Dr. Charles Murphy, superintendent of the Island Trees School District, said. “The focus is on decision-making skills. By and large, I believe our students have learned and applied many of these lessons.”

The two districts, as Alba explained, host Narcan training for citizens. Murphy also noted the importance of having those “lessons carry into the future,” with many people facing addiction post-graduation.

In Levittown Public Schools, substance abuse counselors are in each of the high schools and middle schools, available for “confidential consultation with these counselors to discuss problems or potential problems.”

Currently, there are 27 members of the coalition, including representatives from St. Bernard’s Roman Catholic Church, the Nassau County Police Department’s Eighth Precinct, the National Guard, St. Joseph’s Hospital, the Levittown Public Library and other key organizations from the area. The coalition meets frequently, and recently, they created four sub-committees to delve further into the community’s opioid crisis, which has already seen 14 people overdose in 2019, equaling 2018’s total.

The largest demographic the coalition is reaching out to? Teenagers.

“Locking up meds is a big part of what the coalition does,” Alba said. “Most kids get opioids and pills from their homes or their friends’ homes.”

St. Bernard’s Church is also reaching out to civilians throughout Nassau County. Father Ralph Sommer, a pastor at St. Bernard’s, aims to work with people who are addicted before it’s too late. The church, he said, hosts numerous support groups, including a 12-step recovery group and a weekly program for those using or considering Vivitrol, an injectable medicine used once per month that stops the brain from reacting to opioids. It costs about $1,000 per injection, but is covered by some insurance companies.

Through spiritual programs that the church provides for families, Sommer speaks to parents whose children are as young as 7 years old, encouraging them to handle the emotional stresses of life through healthy means.

“Their children learn at an early age from the coping behaviors of their parents,” he said.

On a wider scale, change regarding the opioid epidemic can be seen.

“The opioid epidemic continues to be the most pressing public health crisis facing our communities, but this dramatic drop in overdose deaths shows that our work to bridge the treatment gap is saving lives,” Nassau County District Attorney Madeline Singas said in a 2019 press release.

Alba believes there are two good solutions for a town that is undergoing an opioid epidemic, in this case, Levittown.

The first solution is more immediate, where resources would be put into saving lives through harm reduction.

The second consists of controlling the unnecessary exposure of people who are not already addicted through the close regulation of major market actors, such as pharmaceutical companies, distributors, physicians and pharmacists.

Oklahoma sued Johnson & Johnson due to opioid overdoses, and likewise for Massachusetts versus the Sackler family, makers of OxyContin, considered to be a highly-addictive pain medication. As of June, 48 states and the District of Columbia have sued Sackler’s Purdue Pharma. There are several other cases currently occurring in the United States judicial system against makers of opioids.

Legislator John R. Ferretti Jr. has hosted three Narcan trainings since he took office in 2018, with about 100 people showing up at each session. Narcan, also known as Naloxone, when injected into a person whose life is in danger, reverses the overdose.

The situation in Levittown is now so difficult to deal with that citizens are given free Narcan kits. 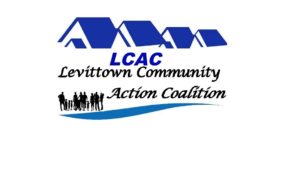 The YES Counseling Center has trained about 100 people and gives out Narcan kits to community members. Additionally, Ferretti plans to host another instruction exercise by the end of 2019, and if one misses it, they can schedule an appointment to receive training at his office by calling 516-571-6215.

“It’s successful in that we get people out there talking about the issues and that’s really the goal of these trainings—to educate people on what an overdose looks like, what the symptoms are and the prevalence,” Adrienne LoPresti, an assistant director at YES, said. “We really use the trainings as a way to educate people and bring them together just to become more aware.”

The New York State Department of Health’s Bureau of Emergency Medical Services reported in August of 2018 that EMS agencies administered 742 Narcan injections in 2017 in Nassau County.

Lifeguards at the nine Levittown pools, which are operated by the Town of Hempstead Parks Department, are trained to administer Narcan injections in emergency situations.

But besides Narcan trainings, which can save lives, prevention starts with education.

David Herzberg, a professor at University at Buffalo’s Department of History, is an expert on drugs in pop culture, street drugs and drug wars. He wants people to realize how addictions originate in the first place, starting with the pharmaceutical markets.

“Opioid overdose deaths result, in part, from badly configured markets that do not protect consumers: pharmaceutical markets designed to enhance the power and persuasion of for-profit drug companies and illegal markets designed to police and punish rather than protect,” Herzberg said. In order to prevent addiction in the first place, Herzberg offers two key, yet complex ways to save lives.

“First and most immediate, take care of people with addiction by putting resources (money and people) into saving their lives through harm reduction,” he said. “Second, control unnecessary exposure of people who are not already addicted by close regulation of major market actors, like pharmaceutical companies.”

As the Tribune concludes this three-part investigative series, it is important to note the work to stop opioid abuse does not end here. Community leaders in Levittown are determined to end this epidemic. While some may be unaware of the crisis, it is just as important for children to educate their parents about addiction as it is vice versa.

Saving even one life is worth it.