Since 1916, the Pet Memorial Parks at Bideawee on Long Island has given pet owners a peaceful final resting place for their beloved family members.

Bideawee has provided more than 65,000 animals with a proper final resting place at its two locations in Wantagh and Westhampton.

Memorial services dedicated to supporting the lifetime bond between a pet and its owner can include burials, cremations, private viewing rooms and the placing of flowers upon the pet’s grave. 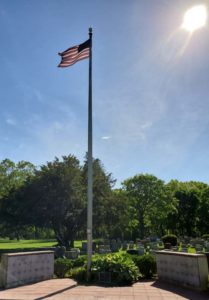 “Since its founding, Bideawee has been committed to celebrating and honoring the relationship between people and companion animals in life and death,” Manager of Special Projects at Bideawee Maureen Fergus said.

“The staff recognizes that our pets have been our best friends, our most trusted confidants, our steadfast companions through the good times and the bad and they will always occupy a special place in our hearts,” Fergus said. “We know that our pets are family, and while they may be gone, they will never be forgotten.”

The Pet Memorial Parks are known to have some of the beloved pets from notable figures. While he was practicing law in New York, Richard Nixon buried his famous dog, Checkers, at the Bideawee Pet Memorial Parks. Each year, on Sept. 23, National Dogs in Politics Day, also known as Checkers Day, is celebrated across the nation.

Bideawee currently performs around 450 cremations and 400 burials during the year, according to Fergus. While the majority of the pets buried and cremated at the Pet Memorial Parks are cats and dogs, Bideawee has seen all kinds of animals brought into their parks that are unique. 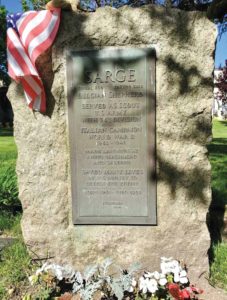 These are some of the rare pets at the Bideawee Pet Memorial Parks:
• Augustine: A four-foot caiman alligator that lived in a single-family home in Flushing and was buried the same day as the family’s other pet, a Doberman Pinscher.
• Daisy: A pet skunk buried in the late 1960s.
• Speedbump: A giant tortoise that weighed more than 125 pounds.
• Godzilla: An iguana buried in the late 1990s in one of the oldest sections at the parks.
• Sebastian: A black-faced capuchin monkey, whose family has been burying their pets in Wantagh since 1953.
• Mortimer: A pet mouse of a doctor buried in 1966.
• Gary the Grasshopper: Buried by the family of an entomologist in October of 1966.

Coming up for the Bideawee Pet Memorial Parks will be the celebration of “Pet Memorial Day” at the Wantagh location. The event occurs every second Sunday in September and has been happening annually for the last 36 years. The celebration is open to the public and the program for the event contains professional pet bereavement speakers, a musician, flower or tree planting distribution, a candle lighting and more.

—Dylan Spilko is a reporter for the Levittown Tribune.