As the summer began, a couple groups of young teens took to the streets on their bikes and “played chicken” with drivers by weaving in and out of car traffic or driving straight toward cars to make them stop short. Their desire was to harass the drivers for fun. The only thing the drivers could do to respond was to take photos of the offending boys and call 911. Of course by the time the police arrived, the kids had dispersed.

The fear in the community was that this would one day lead to the injury or death of one of the kids. And thankfully no one has been hurt in one of these incidents. Tragically, our summer did begin with the death of a boy on a bike.

Andrew Alati, age 13, was the latest victim of an accident on Hempstead Turnpike. And the young man who was driving was only 19. No gang of harassing kids. No drunk or distracted driving. Just an accident that has wounded the hearts of our community. As Andrew’s school superintendent Dr. Charles Murphy told me, “Andrew was a kind, warm and friendly student…..very intelligent, well-rounded child who his friends just adored. Andrew was a terrific athlete as well. The Island Trees community is mourning his loss and are heartbroken over this tragedy. Our thoughts and prayers go out to him, his family and his friends. So, so sad.” Dr. Murphy opened the Island Trees schools and provided grief counselors for members of the community.

And Andrew’s peers had a need to do something to honor him so through social media word spread that a group of boys on bikes wanted to drive past the Island Trees schools to the place of the accident to place flowers. Noble, but inherently dangerous. Luckily the adults were watching the social media traffic and contacted Nassau County Police. Our police could have shut this down, but in a compassionate and understanding way, two precincts collaborated to give these boys on bikes safe passage along the road. They then used that moment to remind the kids about honoring Andrew by following all the safety rules for bike riding throughout the summer.

Later that night Andrew’s family and 250 of his friends and their parents gathered in Saint James Catholic Church to console one another and feel God’s strength and consoling presence at this sad time. It turns out that Father Joe Nohs from Saint Bernard’s was only ten cars away when the accident happened, and led prayers for Andrew at the scene. Father John Derasmo, pastor of Saint James, guided the community in seeking consolation over the ensuing days. The church is always present in the community and it is at times like these that people especially find comfort in belonging to a believing community.

A great many parents hugged their children a little closer over the last week — including the parent of young drivers. Drivers of all ages can imagine themselves in the place of the 19 year old. We pray for that young person too, who did the right thing by staying at the scene. Perhaps it will make us more alert behind the wheel. We’ll actually stop at stop signs. And drive at a safe speed. And not text while driving. And not drive under the influence of any impairing substance. We can do all these things and more in honor of Andrew.

And as for those boys on bikes who started the summer by seeking thrills by creating havoc in traffic….I hope the real danger of mixing cars and bikes will become clear and they’ll find something constructive to do with their summer days.

If you ever find yourself in a situation where kids are riding amidst(amongst) the traffic, please get a description of the bicyclist, the type/color of bicycle, and the direction of the bicycle and call 911 to report the incident. If you recognize one of the bicyclists, please notify their parents as well.

Riding a bicycle into oncoming traffic, performing a wheelie, swerving out of the way at the last moment to avoid a collision with an oncoming vehicle, and other reckless acts by a bicyclist are extremely dangerous. The Nassau County Police Department reminds the public of the consequences of participating in this activity.

• you can be arrested(disorderly conduct, reckless endangerment)
• you will have a criminal record(reckless endangerment is a misdemeanor)
• you and/or your parents will have to pay traffic violation fines
• your bicycle can be confiscated, as well as your GoPro/Action Camera, which will be used as evidence against you

Don’t put yourself in harm’s way; an accident between a motor vehicle and a bicyclist generally results in injury to the bicyclist. 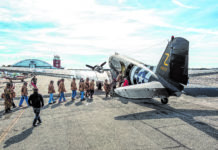 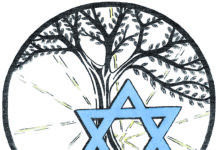