Division Avenue High School senior Elaina Braverman is quite the accomplished young woman with an impressive resume to prove it. Braverman started in the beauty pageant world which expanded into modeling and acting in the television and film industry. Her next big break will be in the fall where she will once again appear in New York Fashion Week to model for Janay Deann Designs.

Braverman has had to overcome challenges to reach her success. She was born in Russia and was adopted at a young age by her parents who brought her to Long Island. Braverman suffers from Fetal Alcohol Syndrome which causes brain damage and growth complications. It can also consist of nervous system problems and social and behavioral issues due to alcohol consumed during pregnancy. Braverman’s disability has not stopped her from pursuing her passions though.

Among her many acting opportunities, she has appeared in a variety of television shows such as “Manifest,” “Law and Order: Special Victims Unit,” “Blue Bloods” and “The Unbreakable Kimmy Schmidt.” In 2017, Braverman also acted in the film, “The Greatest Showman” and was an extra in the Marvel film, “Spiderman Homecoming.” Her most recent film opportunity was acting in the film, “Damaged Disciples.”

Braverman attended Northside Elementary School, Wisdom Lane Middle School and now Division Avenue High School where her favorite subject is math and has been involved in the school’s Challenger program. She looks forward to continuing to pursue modeling and acting more in the future. 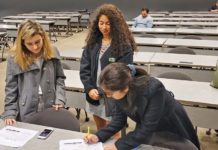 Levittown Youth Come Together To Make A Difference 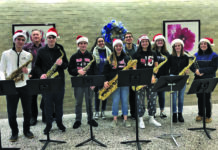 A Season Of Giving