Bob Koenig is a man of many talents. As vice president of the Levittown Historical Society, he also serves as an aide at two schools in his home district.

However, he’s also been a talented musician for several decades, developing a unique sound that his band, The Keys, eventually channeled into their 1988 album, Grand Opening. Described as power pop driven by a lively jangle guitar, the long playing (LP) album featured six songs produced by Keyhole Records.

Thirty years later, The Keys are back with a new and improved reissue of their album, appropriately titled Grand Reopening. The new cut features 14 lost tracks from the original recording, perfectly retaining the style and tone of the original album. For Koenig, it’s a blast from the past.

Q: How do you balance your musical life with your work at the school district and with the historical society?

A: Well, the musical power pop band The Keys were a band from 1987-94. After that, I also signed with Catspaw Records, which issued a CD titled Prose & Icons. Later, I signed with ChromeOrange Music and began music as a modern country artist as Koenig’s Road. I also recorded a CD titled Abbey Lane, which contained songs all about Levittown for its 60th anniversary. I played them for many town events, at the schools and the library. The CD is still sold at the Levittown Museum. When my family began living in Levittown, I jumped right in to serve the town and its many groups. I’m still vice president of the Levittown Historical Society, as well as a board member of the Levittown Property Owner’s Association. I’m also past president of the Levittown Community Council. Since retiring from the United States Postal Service, I now work as a monitor for the Levittown School District. Sometimes, juggling all the volunteerism isn’t easy; you have to have a love for it and the community. 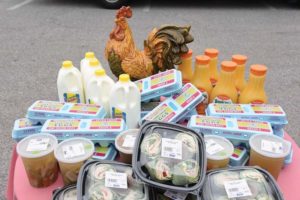 Q: Did you start out expecting success or was it just a hobby at first?

A: Music was always something to have fun with. I started out playing guitar with friends and soon enough, you connect to a group that is professional enough to start recording your own songs. The Keys were special in that once we started playing live, we appeared on Dance Party USA, on the USA network in 1988. The Keys were the only act besides Debbie Gibson to appear on the show from Long Island. We also appeared on Long Island’s Own Tonight, which was a Brookhaven Cablevision show. The band started branching out and playing in New York City besides Long Island.

Q: How do you feel the “lost tracks” in Grand Reopening add to the sound of the original album?

A: Of our unreleased material? Well, I am most proud of our hits like “Change of Seasons” or “Something Special.” But it is nice to see that now people can hear my writing of “Captain Universe” that suggests a higher being than us come down to help us out of our own chaos; somehow a signal to God.

Q: How do you think your music taste has evolved since the original release?

A: My musical style always varies with how I feel. I’ve recorded rock and pop with The Keys. I’ve done country music as Koenig’s Road and as a solo artist, especially with my Levittown songs, I’ve been more folk.

Q: What’s next for you in terms of your music?

A: It would be nice to say that because of the Zero Hour Records release that The Keys would re-unite, but most of the band now resides outside of Long Island. If the time permits, it is possible for a new group to begin and play some of the classic Keys songs that I wrote. I still may be playing my Levittown songs for our 75th anniversary also, so time will tell.