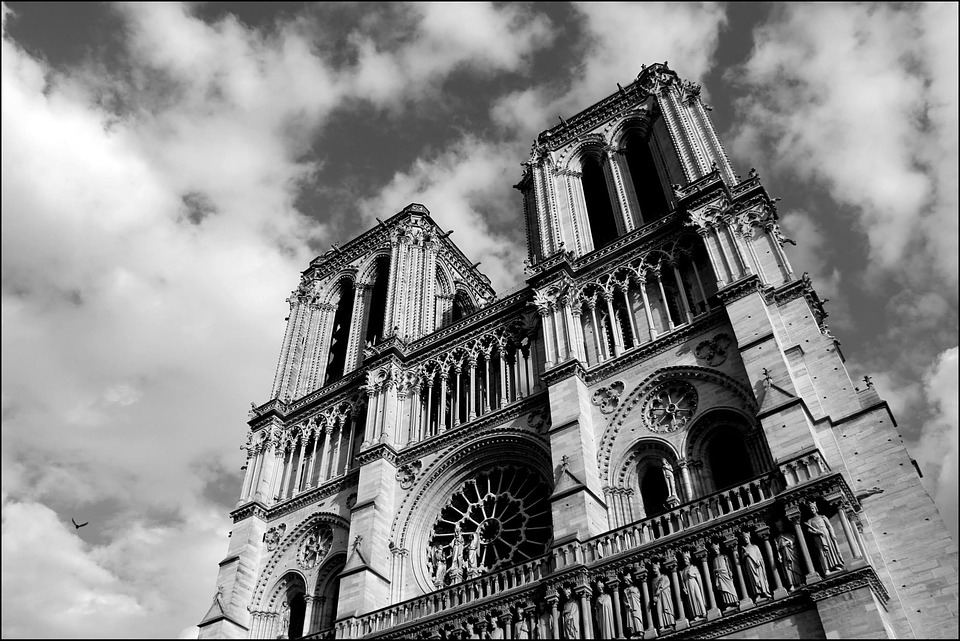 So many people are grieving over the destruction of the Cathedral of Notre Dame in Paris which burned last week. I myself have never been to Paris nor the cathedral, but after years of seeing photos and videos of the church, I too am saddened that such a beautiful, spiritual place was so damaged. Yet I’m grateful that no lives were lost in this tragedy. Buildings can be rebuilt, but once dead, people can’t come back to life.

It was ironic that the Cathedral of Notre Dame perished at the start of the week Christians call “Holy Week” during which we recall that Jesus died and then rose from the dead. From the displays in stores, one might be led to believe that Easter is about bunnies and chocolate, but these whimsical images have nothing to do with the amazing act of love and forgiveness that is the REAL story of Easter.

Jesus was the first century Jewish Rabbi who healed people, forgave people, fed people and taught people a way of love that came from God whom he claimed was his father. His message so threatened the status quo and the fragile balance between the occupying Roman army and the people in Palestine that he was put to death by a horrible crucifixion.

Now if I was God and my son came to earth to lead people in love, and if they had rejected and killed him, I would have been furious to the point of condemning them all. But the amazing thing about Easter is that God simply forgives it all. No one asked for forgiveness. It was just in the nature of God to do so. And the proof of this was that he raised Jesus to life again and Jesus appeared to his disciples. He didn’t scold them for abandoning him. There was no lecture. Just the words, “Peace be with you.”

In the background of all that happened was Jesus’ mother, Mary. Over the centuries she has been called by many titles, one of which is “Our Lady.” In French, that is “Notre Dame.” The church that burned in Paris is the “Cathedral of Our Lady.” Again there is an irony here — the church in her name was burned at the start of the week, when 2000 years ago, Mary watched as her son was arrested, put on trial, condemned and violently killed. While we are heartbroken at the destruction of such a beautiful building, one can only imagine Mary’s heartbreak and pain as she saw the events of his passion unfold. Can we empathize with Mary’s grief at seeing him being placed in the tomb?

People the world over are hoping to see the resurrection of the cathedral in Paris in the years ahead. They hope the fire isn’t going to be the final chapter of its history. We believe that the horror of the crucifixion wasn’t the last chapter of Jesus’ life either. Easter is a time when Christians around the world celebrate the resurrection of Jesus, not merely because he lives again, but because his resurrection is a vindication of the forgiveness that God offers all. After all, we believe Jesus IS God, so what he does reveals what’s in God’s heart.

New chapters of forgiveness and love are still to be written. Let’s make the fifty days of the Easter season an opportunity to do just that, starting with the ones we live with and then let new beginnings of mercy radiate throughout the world!