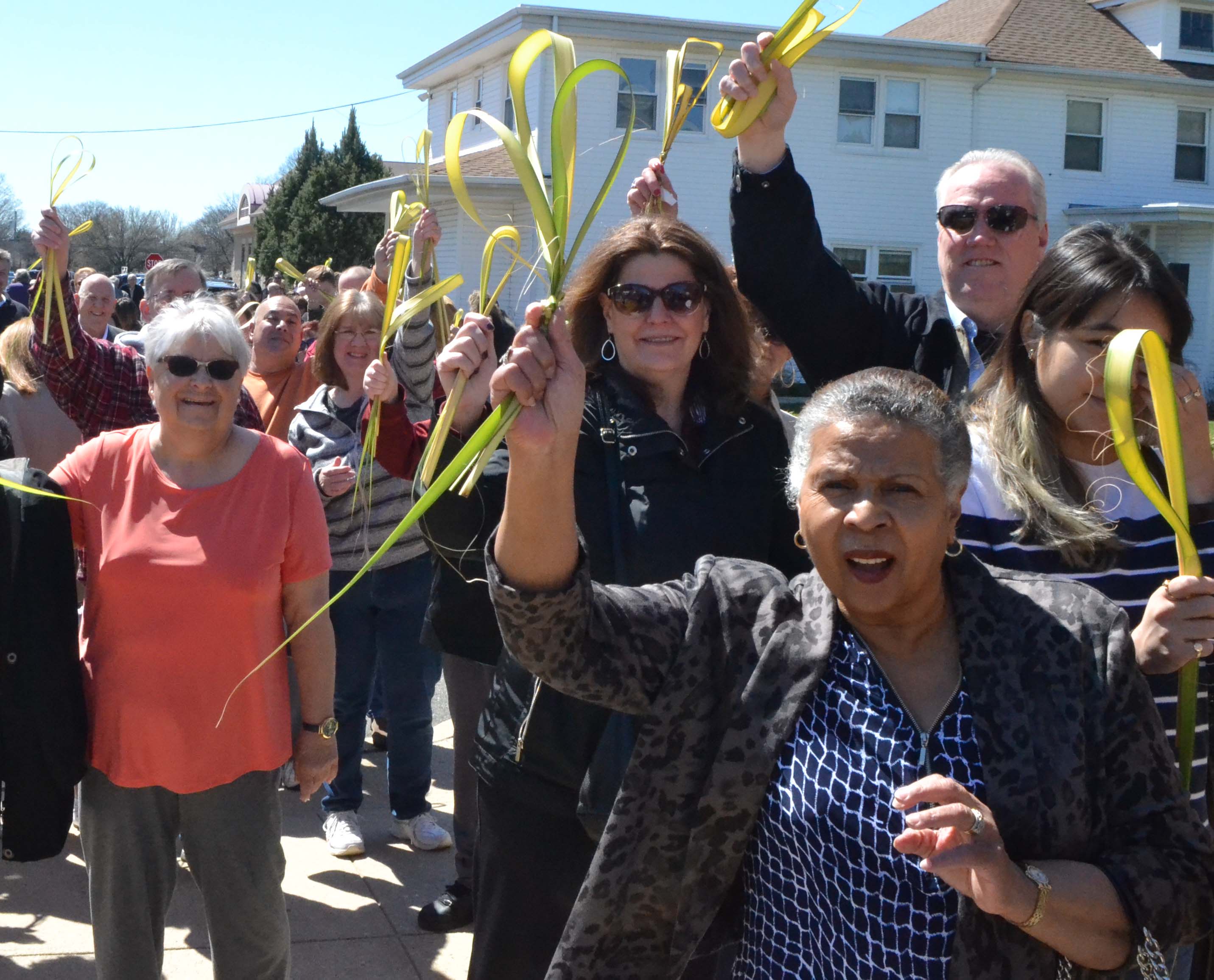 Long Islanders know how to thrive in crowded situations. Whether its the dreaded rush hour traffic on the LIE or standing in line for Black Friday sales or waiting to get into Jones Beach for the air show, we grumble, but we are not deterred from where we want to go.

Next Sunday will be a chance for people to thrive in a crowded situation if they head for their nearest Catholic church. It’s Palm Sunday and somehow people are drawn to church on that day. Some say it’s because the churches are giving away something for free, but I know it’s more than that. No one is going to crowd into church merely for a leaf!

For those readers not familiar with the Palm Sunday tradition, it is rooted in the life of Jesus who entered the city of Jerusalem for the Jewish holy day celebrations. He was travelling into the city with others who were there for the feasts and it was traditional for people to sing songs along the journey. Did you ever sing “A Hundred Bottles of Beer On The Wall” when going on a bus trip? Well it was the same idea, only holier — as the songs they sang were the psalms.

When they got to the entrance of Jerusalem they sang Psalm 118 which includes the words: “Hosanna to the Son of David. Blessed is he who comes in the name of the Lord!” People along the side of the road were urging on the pilgrims by waving palm branches. It was very festive. The disciples of Jesus later remember this entrance as the last time Jesus went to Jerusalem before his death and they saw this moment as a fulfillment of the scriptures. The believed Jesus was “the son of David,” as he was in the lineage of King David. Things later took a turn for the worse as by the end of the week Jesus had been arrested and killed.

So as Christians begin the holiest week of the year, a procession with palms is the festive start to a day that’s also called “Passion Sunday” since after the opening joyful start, we tell the story of Jesus’ death. At first one might think that the crowds appear in church because a piece of palm is given out to each person. But I think there’s something else going on. Just as Long Islanders gather for other crowded events like a concert or a game, there is something satisfying about being together and sharing an important moment. So even for regular non church-goers, coming together on this day strengthens their identity as people who belong to God and each other — even if it is for a fleeting moment. And sometimes this encounter inspires them to return to belong more deeply on less crowded days.

Finally, some people wonder what people do with the palms once they get home. Some bend them into little crosses, others put them on a cross that hangs in their house or by a picture of a loved one during the year ahead. There’s nothing magical about a piece of palm. Yet it’s a reminder to praise God each day, and it recalls the memory of belonging to a wider community of care, even for a short time. And for others, it’s a call to new faithfulness.