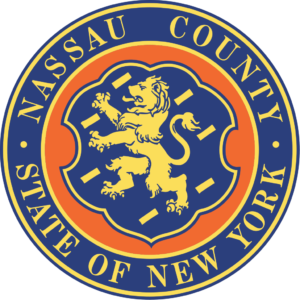 Nassau County Legislator John R. Ferretti Jr. and the Republican legislative caucus have announced they are proposing a local law to establish the position of an elected a county assessor.

In the face of an error-riddled property tax reassessment process that has been administered by County Executive Laura Curran’s hand-picked assessor, the legislators declared that Nassau County’s homeowners deserve an opportunity to decide if they want to replace the current appointee with an elected official. The legislators said an elected assessor is necessary to provide transparency and public accountability. Also present at the announcement was Hempstead Town Receiver of Taxes Donald X. Clavin, who is a vocal critic of the current property tax reassessment project.

“No one questions that the assessment system, as it was, was broken,” Legislator Ferretti said. “But Assessor Moog has made the reassessment process more complicated, and instead of fixing the system, has just caused homeowners confusion. His constant errors and lack of accountability is unacceptable.”

The proposed local law provides the election of an assessor in 2021, pending the successful passage of a public referendum on the matter on the November 2019 ballot. The elected assessor would hold a four-year term and will be on the ballot with other county-wide officials. Further, the assessor would be required to be a resident of Nassau County, and serve in the position full-time. The county assessor would be compelled to attain credentials from New York State as a certified assessor after taking office, and then appoint deputy assessors who would possess requisite expertise in real property appraisal and assessment.

Curran’s hand-picked assessor, David Moog, has presided over a host of embarrassing errors in the Curran administration’s property tax reassessment project. Indeed, some homeowners have seen assessments skyrocket by as much as 200 percent and are facing projected property tax increases of 100 percent.

Further, the tax rolls created by the assessor, the basis upon which town receivers of taxes issue tax bills, have been rife with “oops-worthy” flubs. As a result, property owners have endured annoying tax bill over-charges. Even the Nassau County executive’s appointment of an assessment department overseer to mentor the assessor has not stemmed the tide of gaffs, miscues and flubs.

“Nassau County Executive Laura Curran claimed that she was going to fix Nassau’s assessments,” Clavin said. “However, she hasn’t even been able to fix her broken assessment department. In fact, the production of tax rolls, which is one of the basic functions of the assessment department, has been riddled with errors that have resulted in taxpayers being overcharged on tax bills. We need an elected assessor, one who will be accountable to the public, not one who covers up blunders for the county executive.”

The legislators explained that the county executive’s reassessment project has been shrouded in secrecy. While the officials have demanded that County Executive Curran hold publicly advertised community meetings to explain the reassessment process and respond to questions, she has steadfastly refused.

“The errors just keep on coming from the Nassau County assessor, and County Executive Laura Curran has been unable to get control of reassessment process,” Clavin said.

“Taxpayers are literally paying the price for these errors.”

—Submitted by the office of John R. Ferretti Jr.