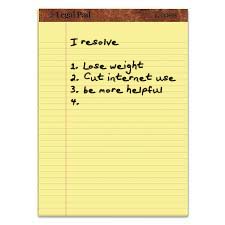 It’s nine days into the New Year and let’s check to see how the new year’s resolutions are doing. Going to the gym? Cutting out the sugars? Making time for prayer and contemplation? Limiting the online time? Congratulations if you’ve discovered that you can stick to new habits and break old ones. But what if things have already derailed? Some people might think they’ve failed already. But sliding back into inaction or acting in less desirable ways isn’t failure unless we’ve concluded that we’ve failed already.

Transitions in life aren’t necessarily all-or-nothing moments. Consider the time you used to crawl to get around your house. Then you learned to pull yourself up and begin to walk. Of course that lasted only for a few wobbly moments and you were back to your preferred way of traveling — on all fours! But after more trial and errors you discovered that you were rather capable of walking on two legs and after a bit, it was your new favorite mode of mobility.

The transition from three-wheeler to a bicycle took time too. When your dad or mom ran beside you as you tried to master the two-wheeler, they gave you some extra confidence, but perhaps you went back to the training wheels when they weren’t around. It wasn’t that you failed bicycle riding, it was just that you were a work in progress.

So if we’re going to look at our missed New Year’s resolutions as failures, then it’s over already. Instead, we ought to look at them as transition moments : one step forward, two steps backward is progress because we’re still walking! Quitting because we went backwards will only leave us backwards.

There’s also the issue of realistic goal setting. If we plan on going from crawling to flying, then we’ll never get there. We can’t fly. The January resolutions are opportunities to evaluate our own sense of realism when it comes to promises. We can use the next 56 days to observe and refine our plans as we try to live them out. Why 56 days? It turns out that the next big “resolution day”, at least for Christians, is Ash Wednesday, the beginning of a forty day spiritual and personal journey where we leave behind the things that keep us from being our best and take on the habits that make us whole. Ash Wednesday will be an opportunity to re-boot our resolutions and continue the movement we participated in at the start of 2019.

There is a difference between New Year’s resolutions and Lenten resolutions. New Year’s goals are measured in inches and calories. Lent’s goals may also involve watching what we eat, but they’re not about waistlines as much as they’re about charity. What I don’t consume, I can share with others in need. What doesn’t consume my time online can be used in interacting with others. My exercising — whether physically or spiritual — is geared not to self-improvement, but geared to being more helpful and caring of others. There is an added dimension to the spiritually motivated resolutions that go beyond the mere turning of a calendar into a new year.

I mention this eight weeks early so that as we grapple with the current resolutions, we can look at our behaviors with the spiritual as a horizon toward which we’ll continue to grow.