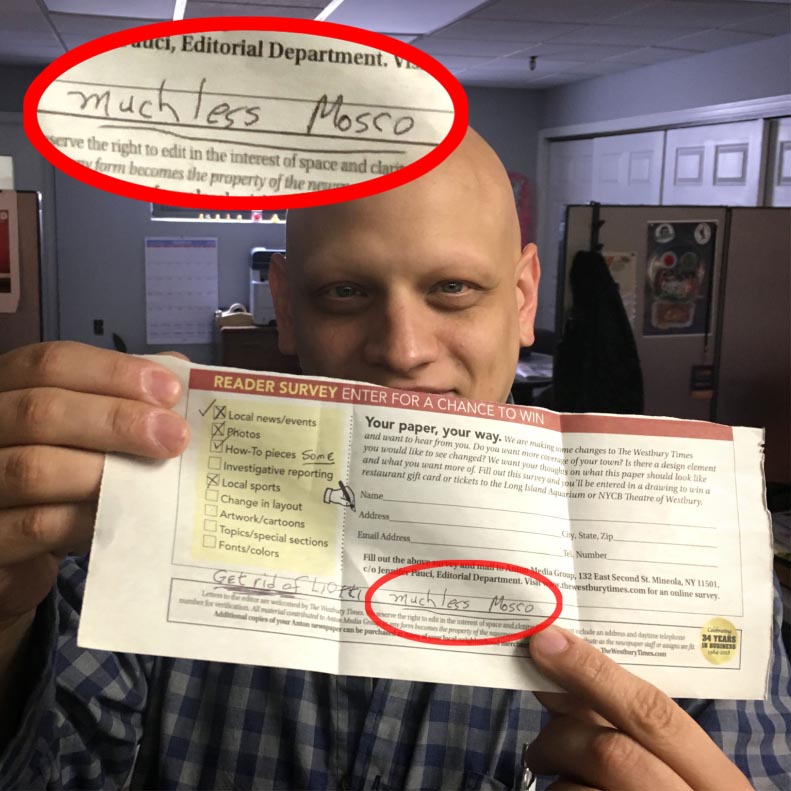 Dearest readers: By the time you read this, I’ll be gone. Having accepted employment elsewhere in the world of writing, this is my final editorial as editor-in-chief at Anton Media Group, which publishes this and many other community newspapers. I’m sure some might smile at the prospect of “much less Mosco,” but regardless of how this news is received, I have enjoyed every minute of my time in a position that allowed me to bestow my opinion upon readers—whether you wanted it or not.

The newspaper industry is a tricky one, especially from the perspective of an editor-in-chief that writes a weekly opinionated editorial. My goal with these 300-or-so word missives is yes, to inform, but also, admittedly, to rile up. I want my words to stir some differing opinions or even some anger. I want you to read what I have written and disagree so vehemently that you take the time out of your day to sit down and write in no uncertain terms just how much of an idiot you think I am. One of my proudest moments here at Anton was when we printed a survey asking readers what they wanted to see in the paper and one guy responded with three beautiful words: “much less Mosco.” I never smiled bigger or felt more accomplished in my entire life.

I don’t think I changed many minds, but I like to think that at the very least I made someone take up painting or knitting in order to bring their blood pressure down. And if I can leave you with one final thought: Keep reading. Read every article from every differing viewpoint you can find. Don’t live in a silo. Don’t exist only in an echo chamber of your own opinions. The world is far too complex.

It’s been fun. Wouldn’t you agree?