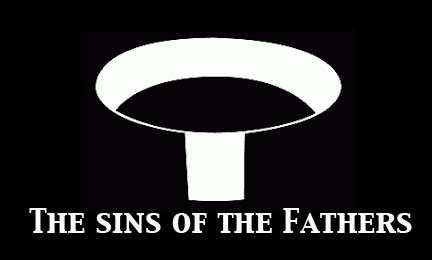 My favorite niece arrived in Pittsburgh to begin nursing school on the same day the Pennsylvania grand jury released its findings that around 300 priests in that state had abused over 1000 young people over the past 70 years. I haven’t had the chance to speak with her to see how this horrific reality colors her view of her uncle’s vocation, but it certainly has colored and disturbed me. I know that sexual abuse of children happens across other professions but somehow I can’t get my mind around how a man can preach the gospel and handle the body of Christ and then manhandle the body of a young person. And when it is revealed that church officials had documented these cases for decades and did little to protect future abuse, I can only imagine the hurt, anger, pain and betrayal that victims of this abuse must feel.

What do we strive to teach in our church family? That everyone is loved by God. That all life is worthy of dignity and respect. That the most vulnerable among us are to be cared for with extra compassion and love. That we are responsible for the choices we make in life. And that ultimately we’ll be judged by God for how we’ve lived our lives. So the hypocrisy revealed in this report is that while one thing is being preached, crimes against children went unprevented, unreported, and unpunished for decades.

From time to time we hear other reports of child abuse, whether in the world of sports or in schools, or youth organizations. And just as in the case of the church we know the perpetrators of these acts are a minority of otherwise caring and dedicated people, still it enrages me that priests were harming children, and that their superiors who knew and documented the allegations didn’t publicize the crimes, and in some cases they reassigned the perpetrators into positions where they could — and did — abuse more young people.

In some cases, abusive priests were removed from the priesthood. I understand why this would be desirable, yet it sent these men out into society without supervision or consequence. How many of these former priests abused more young people? We won’t ever know. Certainly they ought to be brought to justice in civil courts, but if that was not legally possible, I’ve thought that it would be best to lock them away from the rest of society in special “monasteries” where they could be monitored and prevented from having contact with the outside world. According to recent reports, the new bishop in our diocese did just that when he was a bishop in Pennsylvania. A priest who had abused young people was confined to a secured facility and Bishop Barres chose to leave him there until the priest’s death, instead of releasing him from the priesthood. If you want to read more about this, go to www.drvc.org.

It’s important to look back, to reveal even the darkest moments of how leaders of the church sinned so that we can look forward and do all in our power to prevent such atrocities from happening again. In our parish and in churches across Long Island and the nation, new procedures have been put into place over the past 15 years, not only for priests, but for all employees and volunteers in the church. We require each employee and volunteer to go for training as to how to spot, report, and prevent abuse of young people. We ask each priest, employee and volunteer to sign a code of conduct that we strictly enforce. We run background checks on all who are involved in the church.

The weakest of these three procedures is the background check. While it certainly keeps past offenders from being involved with children, it doesn’t do anything to flag those who were never caught, charged or convicted of these crimes, nor does it guarantee that someone won’t begin abusive behavior, even if they haven’t done so in the past.

The best thing that we can do as a community is to be vigilant. If you see something, say something. There are to be no secrets. If you suspect the abuse of a child, call the New York State Central Register of Child Abuse at (800)342-3720.

I have been touched by the online comments of people who recognize that all priests are not monsters. Many commented that their faith in God has not been shaken because of the betrayal of some church leaders. People say they recognize the ways in which the church has continued to feed, heal, help, guide, and care for so many in our neighborhoods and throughout the world. While I continue to feel disgusted by what some priests have done, I do have hope because the church is not made up solely of those “in charge”, but it is really the community of everyday people who continue to follow God’s way in serving others.