To get into the Seaford Historical Society Museum, you first have to open the gate of the white-painted picket fence and walk the short path to the wooden porch. When you walk through the vestibule, and into the main room, you’ll be standing in the original room of the 1893 Seaford schoolhouse. Once divided down the middle to create two separate classrooms for grades one through four and five through eight, the room now holds town history that would otherwise have been forgotten.

Over the years, the schoolhouse changed to a firehouse, a community center and finally the museum it is today—all while amassing a large quantity of keepsakes, town artifacts and old bottles in the attic. The center was mostly active throughout the 20th century, hosting ceremonies and wedding receptions, until the 1970s, when it started to go under. Several locals, unwilling to allow the town to lose a piece of its history, created a group set on restoring it as a place where people could go to learn about Seaford.

“We have a great bunch of people on our board who are committed to keeping history alive in Seaford,” said Judy Bongiovi, current president of the Seaford Historical Society.

At the time that the original group set to saving the site, the house was almost a century old, and required a fair amount of renovations. From installing air conditioning to keep older items from degrading to putting up blinds to shield harsh light, costly measures were taken to protect the decades-old items being housed.

Still, the museum is free to visit from noon to 3 p.m. on Sundays in July and August. During the other months, visiting is by appointment, something that Bongiovi encourages. She especially enjoys when schools and Scouts come in, since so many of the young community members are in awe of objects from the past. The biggest hits? The rotary phone (kids are amazed at how they turn the dial to make a call), and the globe (the names of some of the countries are unrecognizable due to shifting political ownership).

Frank Bongiovi, Judy’s husband, will occasionally go up into the bell tower and ring the bell that used to signal the start of the school day—or as a warning of a fire, when it was converted into a firehouse a few years later. The kids love it, but the museum isn’t only a popular spot for the youngest members of Seaford.

“It’s something for everybody,” said Bongiovi.

For at least one man, it is more than just a former school, firehouse or museum—to Fred Roth, it’s also the building that held his wedding reception on May 23, 1953. Since then, he’s seen the times change on Long Island, and doesn’t think that it’s always been for the better.

When Roth first lived in Seaford, he didn’t have a private phone in his home, or even a mailing address. He had to go to the post office to pick up any letters or deliveries, and head over to the public phone to make calls. Now, people have every convenience afforded to them, but at a cost. Museums that bring people together, like the Seaford Historical Society Museum, may have the ability to combat the loss of interpersonal skills that seems to happen in the age of technology.

“I think that’s what Judy is trying to drum up,” Roth said.

To bring the community into the museum, the Historical Society hosts a guest lecturer the first Thursday of every month. Past talk topics include old-time baseball and Robert Moses—Bongiovi said some of these can pack the house. The talks are open to the 177 dues-paying members for free, or to nonmembers for $5. Costs are low to keep events accessible, but the Historical Society is in need of funds to keep its contents in good shape.

The belltower is currently leaking and being invaded by a family of birds, prompting the latest fundraising effort: SOB, or, Save Our Belltower. It’s just one of the things that the Society would like to do. Others include getting an airtight display case for an 1893 rollbook from the schoolhouse, paying for more speakers to come in to talk, and fixing things that just happen to go wrong. This fall, the museum will host its annual harvest fair to raise money for the renovations and work needed to preserve the quality of the sometimes centuries old artifacts.

Despite the constant need for funds and tremendous work put into identifying the historical objects left behind, Bongiovi has no problem putting in her time.

“How many towns have a building with this history?” she asked.

The Seaford Historical Museum is at 3890 Waverly Ave. in Seaford. Find out more at www.seafordhistoricalsociety.org. 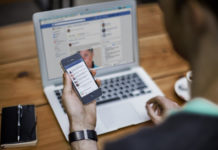 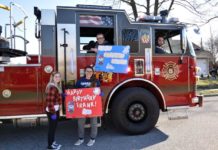 Board Of Education Honors Volunteers