Negin Farsad, an Iranian-American Muslim, who has built a career out of making people think while they laugh will appear at Farmingdale State College’s Little Theatre at Roosevelt Hall on Tuesday, April 24, from 11 a.m. to noon. The comedian’s appearance, free to attend, will cover a broad range of topics, including her 2016 book, How To Make White People Laugh, her 2012 comedy/documentary The Muslims Are Coming!, as well as her life as an Iranian-American Muslim female comedian.

“Someone said to me, ‘oh, you’re a political comedian,’ and I just sort of randomly said that I’m more of a social justice comedian,” said Farsad. “If I could sum that up, it’s sneaky, but funny. It’s social messages baked into toilet jokes. It’s a way to get your broccoli but covering it with a lot of cheese to make it tastier.”

The comedian said that what normally turns audiences off from politics and social issues in general is that those topics can be boring and pedantic.

“I try to stay away from that and make it warm and inviting,” she said.

Farsad’s path to social justice comedy began on a far-more serious track, as she grew up wanting to run for office. Growing up in America as a self-proclaimed “uber-dorky patriot,” Farsad ended up interning for Hilary Clinton and Charlie Rangel before working as a policy advisor for the city of New York.

“I tried to work in public policy in a really adult way with pant suits and a 401k [but] I was always doing theater on the side,” she said. “As much as I loved working for the city and as much as I believe in things like campaign finance reform, I did not want to be in the office. My heart was in comedy.”

As one of only a few Iranian-American Muslim female comedians and filmmakers, Farsad uses humor to bridge racial, religious, social and immigrant gaps. She has devoted much of her career to this style of comedy, addressing serious issues such as Islamophobia, immigrant rights, bigotry and any general nonsense foisted on people because of race, religion or socioeconomic class.

Dr. Michaela Porubanova, assistant professor of cognitive psychology and chair of the college’s Artist and Lecturers Program, said that Farsad is one of the more unique comedic talents and a speaker that the college is proud to have on its stage.

“She fights for social justice and eliminating misconceptions, particularly about Islam, while making people laugh,” said Porubanova. “In this cultural moment, it is crucial to bring speakers like her to campus and to have our ideas about the world challenged—and to have a laugh.”

It is that well-rounded comedy married to social issues that audience can expect from Farsad at her Farmingdale State speaking event—delivered in a way that is most definitely not combative.

“I want to make friends with people and to sum up what I do, it’s ‘aggressively delightful,’” she said. “When you have a difficult topic, there’s always a way to make it feel less personal to people.” 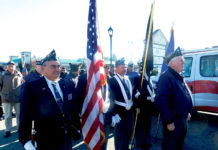 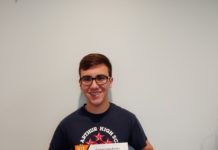 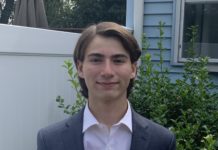