The Island Trees Bulldogs Wrestling Team pushed through five grapplers to the finals in the Valley Stream South Wrestling Tournament this past weekend, crowning four champions. Seventh grader Vincent Butrico at 99lbs. pinned his way through the tournament earning his very first High School career tournament gold medal. Butrico improves to 10-2 on the season and with the tournament victory, now moves into one of the top ranked wrestlers at his respective weight class in the county. 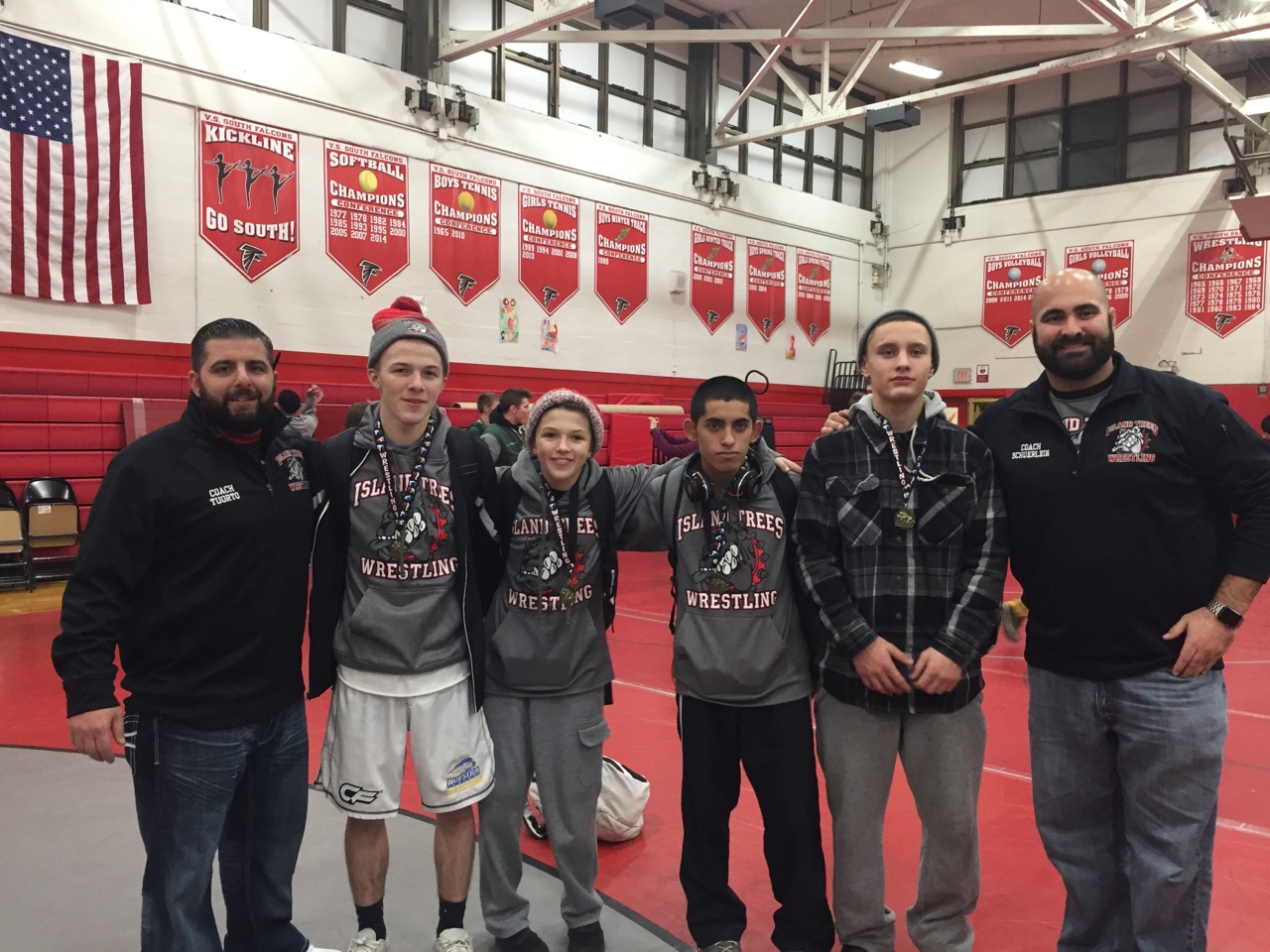 Joining Vinny in earning gold were Sophomore Scott Mills at 106lbs, Senior Tyler Butrico at 120lbs, and Junior Donald Arana at 138lbs. Mills, keeping his undefeated streak alive, improves to 11-0 on the season and still remains a top contender for the Nassau County Title. Butrico and Arana both won four straight matches on the day to also earn the gold. Butrico now 11-1, holds steady as a heavy favorite to win the County Championship, while Arana now 10-2 has emerged to be in the hunt for top County Honors. Junior Mike Spitaletta at 220lbs. made it to the finals and suffered an injury, which would prevent him from wrestling in the finals match. Spitaletta at 11-1, is also a serious contender for high county honors.

Juniors Christian Barsotti at 145lbs. and Austin Melendez at 285lbs. finished in third place. Freshmen newcomers, Darian Carrasco at 113lbs. and Joe Caputo at 120lbs. continue to improve and finished in fourth place. The Bulldogs will look to rest and recover over the break, before entering a very rigorous league competition schedule and the highly regarded annual Ted Petersen Wrestling Tournament. Please come and show your support for one of the top Wrestling Tournaments in the State on Saturday, Jan. 7, at Island Trees Memorial Middle School.