It’s not the Christmas season until Marie and her Nutcracker Prince explore the Land of Sweets with the Sugar Plum Fairy. Yes, The Nutcracker has returned to

Lincoln Center.
The New York City Ballet opened its annual season of The Nutcracker on Nov. 25 at the David H. Koch Theatre, and year after year, the classic is still as magical as ever before.

George Balanchine’s masterpiece is set to Peter Ilyitch Tschaikovsky’s glorious score, and features choreography by Balanchine, stunning scenery by Rouben Ter-Arutunian, elaborate costumes by Karinska and lighting by Mark Stanley. Based on the Alexandre Dumas adapted version of E.T.A. Hoffmann’s tale, The Nutcracker and the Mouse King (1816), children’s eyes widen at the Christmas tree that grows from 12 to 40 feet and an onstage snowstorm with several dancing snowflake ballerinas. The holiday production features the company’s entire roster of more than 150 dancers and musicians, including Massapequa ballerina soloist Lauren King, who will perform the Sugarplum Fairy, Dewdrop and the lead Marzipan Shepherdess during the 201 6 production. For King, dancing The Nutcracker is like performing a childhood dream.

“My earliest memory of The Nutcracker was the first Nutcracker that I danced in. Growing up, I trained at the American Theater Dance Workshop, which performed The Nutcracker with Eglevsky Ballet on Long Island,” said King, who auditioned and was cast as an angel. “My mom always reminds me about how nervous I was for my first rehearsal, because I couldn’t figure out any of the steps. Luckily, the nervousness didn’t last because later on another dancer got injured, and I was recast as a soldier. It was basically a huge upgrade—I remember I was really excited.”

Growing up, King has held roles as angel, soldier, Polichinelle, a boy in the party scene, and the lead role, Marie (or Clara). However, to date, her favori te role has been the Sugarplum Fairy.

“I love getting to dance on stage with the angels, who are students from the School of American Ballet,” she said. “Nothing makes me happier than seeing them excited.”

The first time King performed the Sugarplum Fairy was with dancer Robert Fairchild, who played her Cavalier. In true dancer fashion, first show jitters made King nervous, which led her to walk out early for her first entrance with the angels.

“For my entrance with Robbie, we had a second where we looked at each other, and as soon as I locked eyes with him I knew it was going to be okay,” she said.

The season is short, but it is packed with 49 performances of The Nutcracker over six weeks. When King first joined the company she danced in every performance. Although she doesn’t take the stage for all of them anymore, she will dance in three to four performances a week.
With so many exquisite costumes in a rainbow of colors and dripping with crystals, it’s hard to pick a favorite, but King does have a special place in her heart for one costume.

“My favorite Nutcracker costume is the costume for Dewdrop, the lead dancer in the Waltz of the Flowers,” said King. “The lines of the costume are absolutely beautiful. It’s very fitted and flattering, but also stretchy, so it’s supportive while allowing you to move freely.” 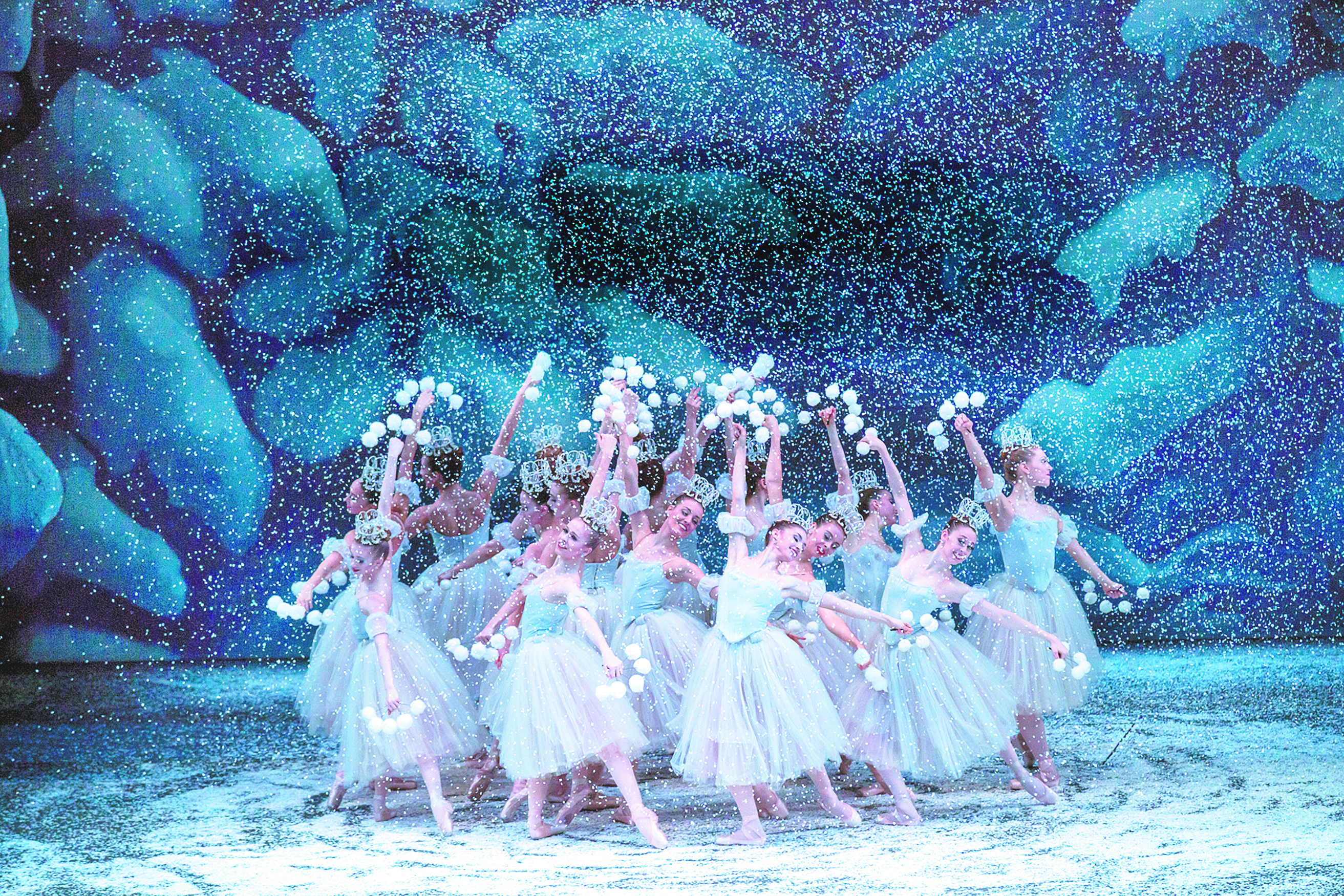 If you haven’t seen The Nutcracker yet, put it on your bucket list. Even for those who are not a fan of ballet, the production instills a sense of wonder and magic that is just as good as any Broadway production.

“The Nutcracker is just magical. It’s everything you could possibly want for Christmas, with candy, presents and a big tree,” said King of the show. “It’s a classic and even as an adult, The Nutcracker brings you back to that feeling of being a kid. And because it’s a live performance, even though it comes back each year, every single performance is unique. That keeps it exciting.”

The Nutcracker runs through Dec. 31 and tickets are on sale at www.nycballet.com, at the theater box office and by phone at 212-496-0600. The David H. Koch Theater is located in Lincoln Center Plaza at Columbus Avenue and 63rd Street.