The Division Avenue High School competitive marching band, under the direction of Michael Bastone in the Levittown School District, placed sixth in the Small School 2 division of the New York State Field Band Conference Finals, held at Syracuse University’s Carrier Dome. This is the first time that the band has competed in a higher class. 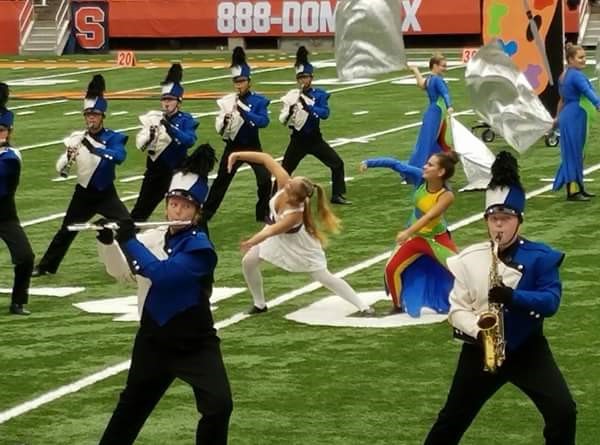 “The band was advanced to the Small School 2 class after having received second place in the Small School 3 class last year with a score of 81.10, the highest score recorded by Division Avenue High School in this competition,” Bastone explained. “Transitioning into their class of Small School 2, the band is graded on a higher level and the criteria is more stringent.”

The band performed a show titled “Imagine,” which portrays the story of a young painter and her journey from inspiration to reality. The music was arranged based on “Pure Imagination” from the original “Willy Wonka and the Chocolate Factory” a

nd was the common melodic theme throughout the show.

“Without the leadership of our students, staff and the support from our parents and administration none of this would be possible,” Bastone said. “It was a remarkable season and we look forward to next year.”