There are plenty of places on Long Island to get a decent sandwich—but when it comes to a truly great sandwich made with whole-roasted meats and hand-crafted artisan bread, there is only Roast Sandwich House.

The eatery first gained prominence at its original location in Melv 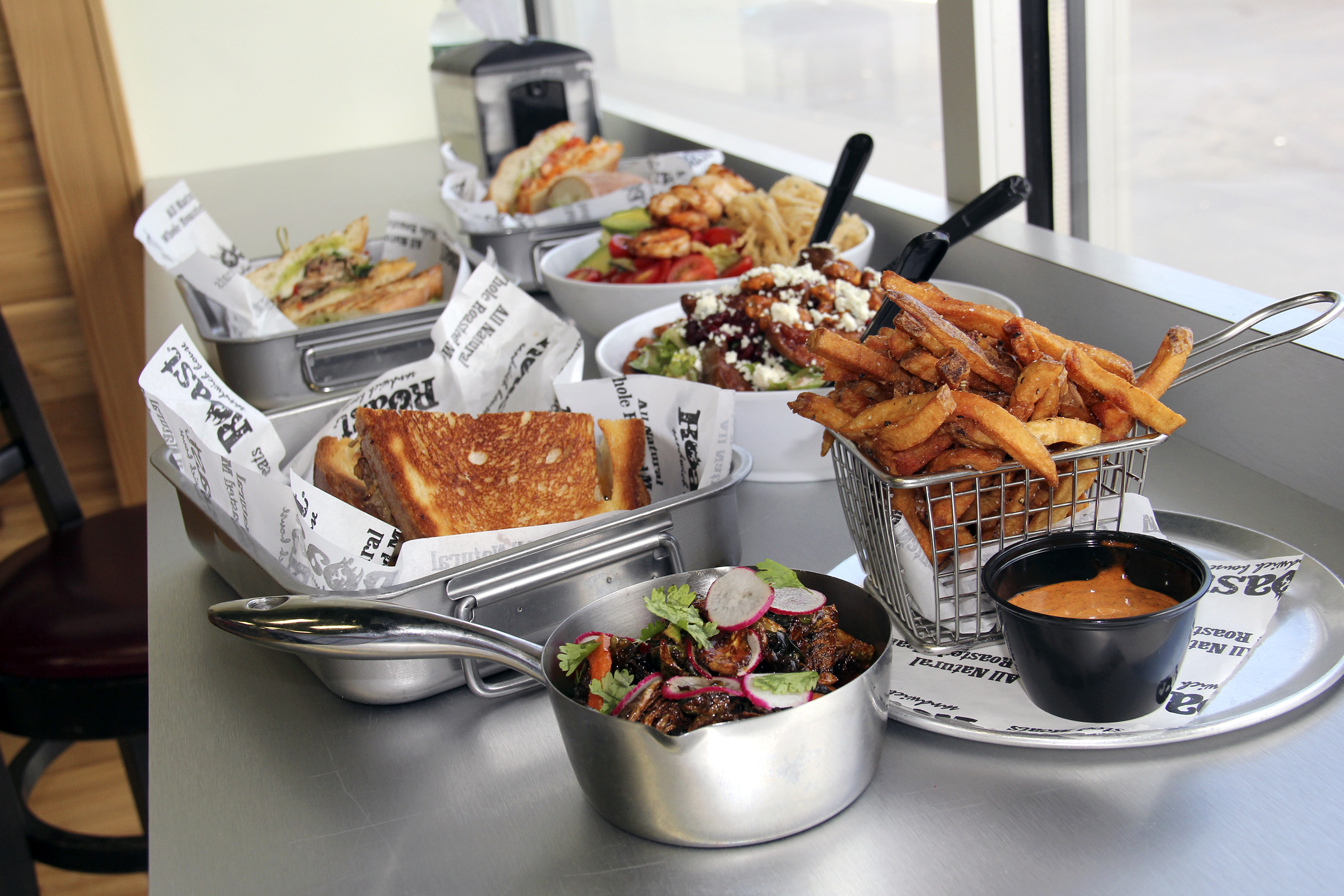 ille in 2010, building a following of fiercely loyal customers through a strict standard of freshness along with imaginative sandwich-building minds. That approach to sandwich craft spawned Roast’s second location in Hicksville, this time in a larger space with much more parking than the often packed first spot.

Roast’s menu consists of sandwiches, panini, wraps, soups, salads and sides, all prepared fresh and made-to-order. A quick look at the list of sandwiches available at Roast reveals the level of artistry at work, with ingredients not found at your typical deli. All meat starts its sandwich life whole roasted in house, which injects a much fuller flavor than the alternative. One of the top sellers at Roast, the braised brisket grilled cheese is an all-day affair, with the meat swimming in its own flavorful juices for hours before it hits the cheddar, Swiss, Havarti and country white bread.

Attention to detail is a priority at Roast, but it goes beyond sandwiches. The eatery’s salads are more than mere side dishes here, with standouts including the roasted pear, a crisp and lively salad with mesculan greens, cranberries, glazed walnuts, crumbled Gorgonzola      and raspberry vinaigrette, and the blackened shrimp cobb with romaine, bacon, cherry tomatoes, avocado, crispy onions, egg and ranch dressing.

As for side dishes, must haves include sweet chili crispy Brussels sprouts, a dynamic take on vegetables with pickled carrots, radish, cilantro and peanuts; and sweet potato tots, with cinnamon and sugar.

The creative culinary architects at Roast have exceedingly active minds, so it stands to reason that specials—both seasonal and otherwise—would take center stage. The specials lists rotate twice per week, with specials released on Tuesdays and Wednesdays, then again on Thursday and Friday. A recent special, the roast pork panini, featured succulent pork butt, spinach, caramelized onions, cherry peppers, provolone and basil mayo on ciabatta. A previous week, the roast chefs came up with a BBQ brisket and jalapeño pepper grilled cheese, which layered brisket, colby jack cheese and jalapeño poppers on thick country white bread.

The perfect spot for a midday meal, Roast has a pick-two lunch special that allows you to choose between half-soup, half-salad and half-sandwich, and they also delivery locally for lunch between 11 a.m. and 3 p.m. But Roast is so much more than merely a typical sandwich place, so visit any time of day and make a meal out of it.