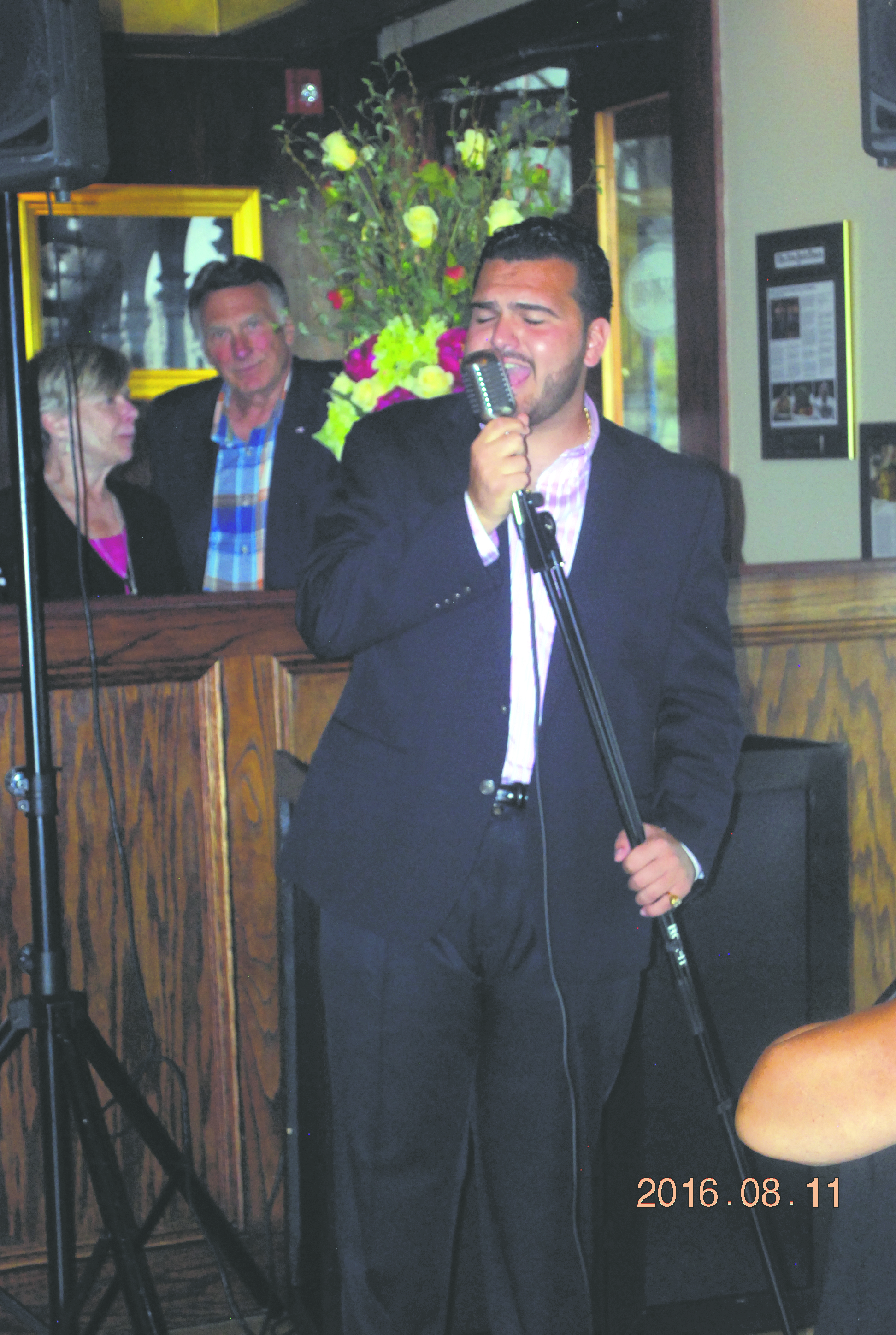 hown audiences his incredible singing talent and is ready to take his jazzy style into the finals.

The 20-year-old is an old soul, but didn’t discover his singing voice until his mid-teens.
“I started singing at 15-years-old  completely by accident,” said Valentinetti. “I was in a horn lesson and wanted to play ‘Mack the Knife’ by Bobby Darin. I didn’t know the name of the song and the guy said, ‘Well, how does it go?’ And I sang a piece from it and the rest is history.”

“I didn’t get into singing until now because I didn’t know I was any good,” said Valentinetti.
Valentinetti regularly sang in restaurants, but said that didn’t show him how good he really was.

“If you do sing in a restaurant here or there nobody is paying attention. Everybody is eating. Obviously since the show that has changed,” he said.

For Valentinetti, he wasn’t the one who had the desire to show off his singing talent in front of America. His Uncle Joe was the person who pushed him to try out for American Idol originally.

“He got me to try out for American Idol. I didn’t want to do it. He said, ‘Kid, if they don’t love you. I’ll let you use my Range Rover for the rest of the summer.’ And I was like, ‘Oh, ok.’ So I did it as a goof and actually got on and it went very well,” said Valentinetti. “Well enough that I got a phone call saying, ‘Hey would you like to tryout for America’s Got Talent we would love to have you come down.’”

“My Uncle Joe always inspired me,” he continued. “I use to be a very quiet kid…bullied in school. He inspired me to be myself and rise above it.”

Valentinetti went from being one of the shyest kids in school to one of the most popular Long Islanders around, and walking on the stage to this large audience in front of judges Howie Mandel, Mel B, Heidi Klum and Simon Cowell was extremely nerve-wracking for Valentinetti. However, he takes all of his nerves that could potentially hold him back and gives it to the crowd.

“It was terrifying. I was shaking. What you have to do is take all of that nervous energy, and you got to give it to the crowd,” he said.

For his audition, he sang Frank Sinatra’s “My Way” and earned himself a standing ovation and a trip straight to the live show.

“Did you see my face? If I had any idea I would have made a better face. It never crossed my mind at all,” said Valentinetti.

Even though he is busy with singing, practicing and traveling, Valentinetti will still finish college at St. John’s University. He’s majoring in mass communications with a minor in business.
“I am 20-years-old, I still go [to college]. A degree is important,” said Valentinetti. “You don’t get anywhere without that piece of paper no matter who you are, what you know, where you’ve been.”

Valentinetti’s biggest supporter is his mother. Sometimes for him, she can be hard on him. However he believes that, “You don’t need a cheerleader. At the end of the day, if you want to win you need a coach. It is good to have my mother.”

Follow Valentinetti’s journey on America’s Got Talent on NBC.