For nearly 25 years and counting, the Long Island Writer’s Guild has been holding the hands of both prospective and veteran authors as they journey along the (at times) harrowing road to publication, according to Guild president Dennis Kotch.

“There’s a need for people who want to write to be critiqued and to share their work with others, long before the publishing process ever happens,” he said. “Everybody helps each other, and we don’t chop anybody up. Our goal is to help people, not to discourage them, so we always go for the good first and also offer constructive criticism where it’s needed. It’s for anybody who needs to improve, professional or not. We have several people who have been published many times, and some of them are selling quite well.”

Kotch, a Merrick resident who has been with the Guild for 20 years, noted that the Long Island Writer’s Guild currently boasts more than 1,800 members comprised of book authors, New York City playwrights, Fullbright scholars and just people who “love to play with words.” The group holds multiple workshops every month in Levittown, Bethpage, Bellmore, The Book Revue in Huntington, East Meadow and Baldwin. Members of the Guild are not limited to any single genre, but are free to write fiction, non-fiction and in any style they choose. All that matters is a burning desire to create, Kotch said.

“The first 15 to 20 minutes of our workshops address social type stuff, introducing ourselves and telling people what we do,” he said. “Then we have a writing exercise, and then we do the reading, which is why most people come to the meetings…so they can see how their work in progress is doing.”

Kotch noted that some people make copies of their work and hand it out to everyone, but a lot of people are encouraged to get up in front of everyone and read aloud.

“They can do whatever they like, but we really think reading it out loud for the audience is more helpful,” he said. “When you read something out loud, you know where the problems are because you usually trip over the words and whatnot. If you’re reading very smoothly, more than likely you have a well-written piece. After they are done reading, we give them a very professional style critique…our general rule is to look for the good first, and to be gentle with any critiquing, but always while being honest. Honesty is more important when it comes to critiquing work than anything else.”

For many years since its inception, the Long Island Writers Guild met at the former Borders Bookstore on Hempstead Turnpike in Levittown. Eventually, they started holding their meetings at the Levittown and Bethpage libraries, which they do on a monthly basis, alternating between the two locations every month.

Guild co-founder and Levittown resident Joe Pantatello, still active in the group at the age of 91, has published a short story anthology titled Robertson’s Attic, and notes that much of the book’s content had been shaped and honed at Long Island Writers Guild workshops.

“We worked over all the stories at the meetings…it helped a lot,” he said. “I’ve improved my writing so much from attending these meetings. I remember years ago, I attended a meeting when we met at Borders and I had written a story about an old man who went around collecting old umbrellas. I’d written the story of my old Commodore 64 computer and printed it out for everyone.”

Pantatello said he enjoyed going to the meetings, but hated reading out loud.

“I got a lot of great feedback to help me fine-tune and improve the story a lot,” he said.
In addition, back in 2001, a collaborative effort on the part of numerous members of the Writers Guild was published, entitled 2001-A Long Island Odyssey, with the book containing short stories, poetry and prose contributed by numerous members. The Guild also employs guest speakers on a regular basis, inviting prominent members of the writing field to come and share their insights on their work and the creative process w 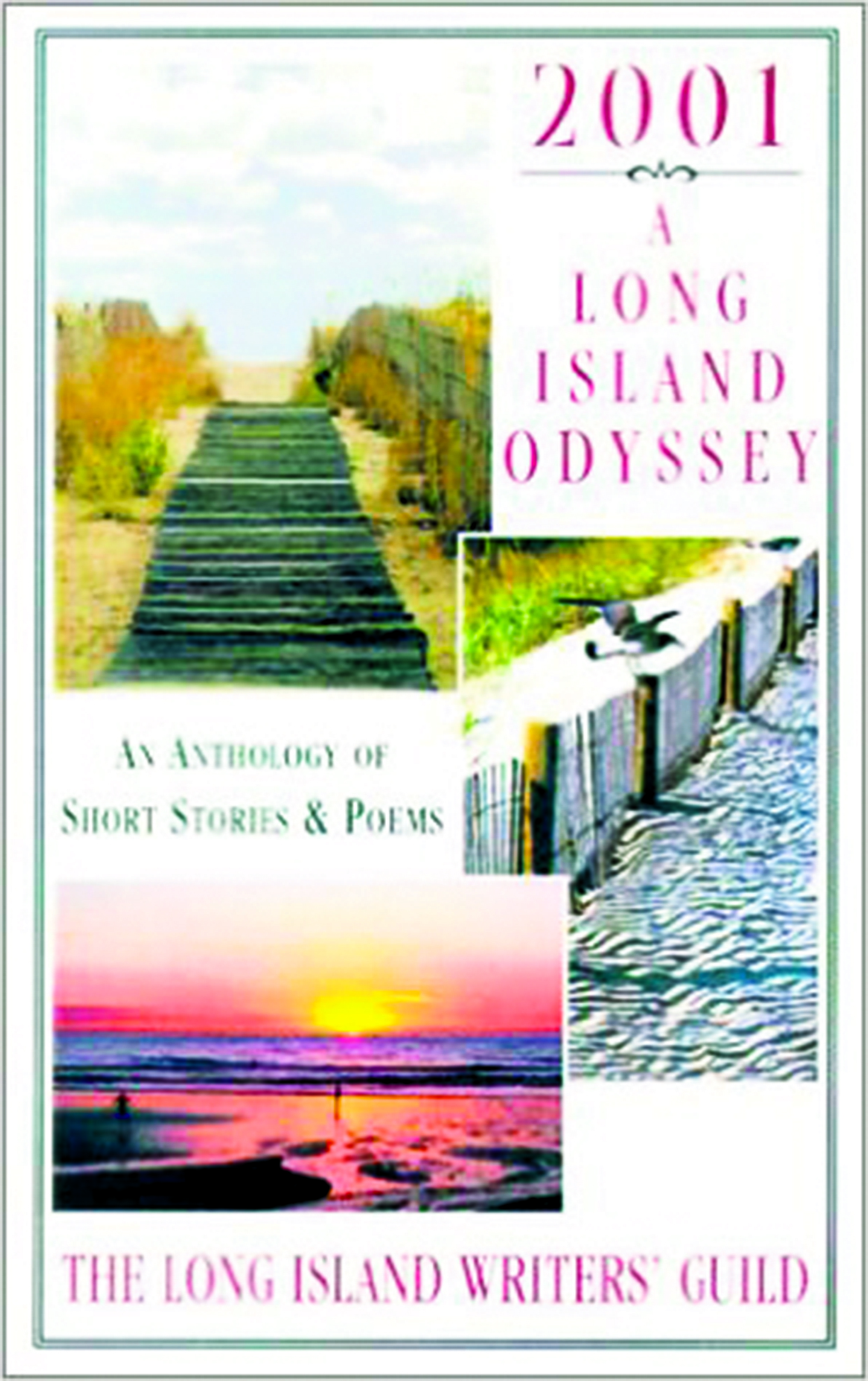 As for the future of The Long Island Writers Guild, Kotch noted that it may be time to expand its scope and reach eastward into Suffolk County. But what will always remain the same is that anyone interested in attending one of the Guild’s workshops can do so whenever they like, and for no cost at all (the group subsists on member donations and workshop stipends); all they need to bring is their creativity and desire to share and improve their work in a nurturing, collaborative atmosphere, Kotch said.

“At the moment, The Book Revue of Huntington is about as far east as we go, but we’d like to get even further out into Suffolk County,” he said. “A lot of people travel quite a distance to come to our workshops, some from as far as Southampton. I’m sure there are hundreds and hundreds of writers in Suffolk that we’re not serving at the moment. So that’s something we hope to be able to do very soon.”

To find out more, visit www.liwritersguild.org.