When Courtney Murphy was getting ready to graduate from the University of San Diego with a degree in communications studies and sociology, it was with the notion of doing something with her life that would make the world a better place. It was a mindset that worked out perfectly for her when she wound up getting hired by Proud Pour, a wine company that combines founder Berlin Kelly’s passion for high-quality, sustainable foods and wines with her concern for the environment. With its first offering, a North Coast sauvignon blanc called “The Oyster,” every time a bottle is sold, 100 oysters are restored to local waters. It was this kind of maverick approach to doing something about the environment that had Murphy respond to an ad the company posted looking for an intern that would end up with her getting hired full-time to work on social media outreach and marketing.

“I was going back to New York, a place I love, and I wanted to see what I could do with a career that would make me happy and the world a better place,” the Garden City resident explained. “This just seemed like such a good start. [Berlin] took a risk with me and gave me a lot of responsibility off the bat and it seemed like the right thing to do.”

As for Kelly and the company she founded in 2014 alongside co-CEO Brian Thurber, this business opportunity came up as she was trying to find respite from her job in finance, while trying to make a difference in the world.

“When I was working in finance, I was doing the typical migration most finance people do, which is from your bed to your cubicle to the bar stool and back. I was learning about environmental problems, feeling completely unpowered about what to do about them and feeling like everything was collapsing,” she said. “I learned that people in New York spend about $11 million per night on alcohol and not one company is trying to do anything to make the world better. I had a background in making beer, mead, wine and cider and I was really active in the New York City Home Brewers Guild. And I had friends starting different fermented beverage companies and I knew how that all worked. I also saw how when you start with a company like this, you’re doing sales. And at the end of the day, I’m not that compelled to sell something just because I made it. I needed a bigger reason than I made this, so just buy it. I was looking for some sort of environmental cause and was having a hard time finding one that I could tie in with alcohol and have it make sense. Or to have it be really important.”

Kelly’s ephiphany came when she watched Shellshocked: Saving Oysters to Save Ourselves, a documentary that explores the importance and fragility of wild oysters in cleaning water and building ecosystems for other marine life.

“I was looking for something that was really fixable. Climate change is more political with lobbyists and it wasn’t something I could actually have an affect on. But repopulating oyster beds is a solvable problem and super local. New York used to be kn 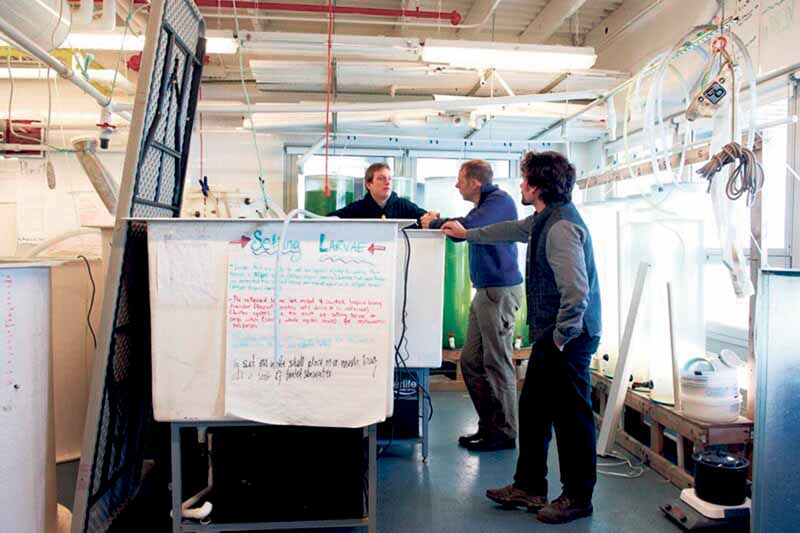 own as the Big Oyster and nobody knows that now,” Kelly explained. “You can give people a glass of wine at dinner, tell them to pair it with oysters and use those farm oyster shells to rebuild the reefs and rebuild what New York used to be. And it can extend to Massachusetts, Maine, New Jersey, Chesapeake Bay and Florida. The oysters will bring back clean water, local fish food and prevent flooding from things like Hurricane Sandy.”

The operation is very DIY, with Kelly and Murphy personally collecting and attaching oyster shells to each bottle of wine. While Kelly declines to name the winery Proud Pour is partnered with (…”We don’t disclose it because we don’t think it matters. Plus, we don’t want people to get fixated on where the wine is from,”) she did say it’s a small, fourth-generation-owned vineyard located in California in Lake County just north of Napa. with a yield that is sustainably grown and organic, that is really good quality and has a wonderful reputation. Currently, Proud Pour’s efforts have been directed to seven locations in four states, with the ones in New York being in Moriches Bay (Moriches Bay Project) and the New York City harbor (Billion Oyster Project). 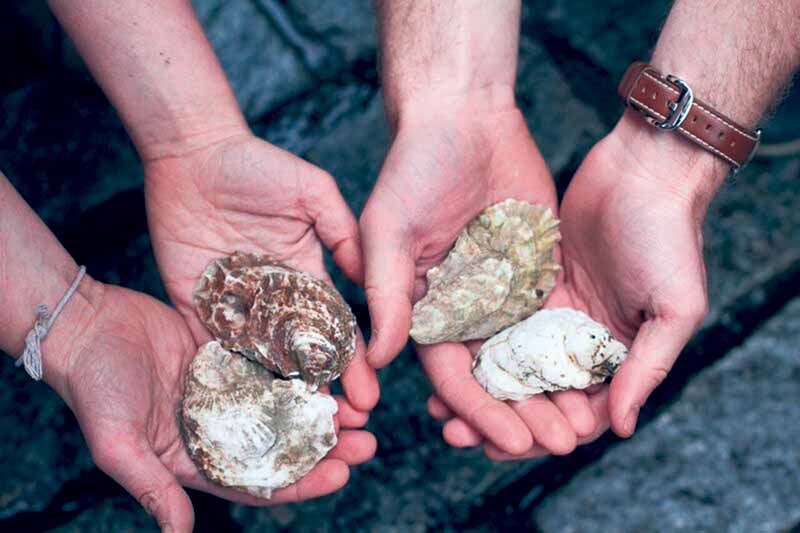 e from the same vineyard in the next few months that will be called The Bee and will have its proceeds go towards restoring bee colonies. Down the road, Proud Pour is looking to produce a rosé for the oysters next spring and then expand into Beer for the Beavers and Mead for the Bees. It’s quite an ambitious plan for this com    pany currently known for wine but for Berlin, it’s all part of the plan.

“I called the company Proud Pour because I wanted to be able to pour pretty much anything, whether it’s wine, beer, whiskey or non-alcoholic drinks, to help local environmental problems and get hyper-local about what’s going on with our planet,” she said.

Visit www.proudpour.com to find out more about The Oyster wine and Proud Pour.